Cricket continues its slow return to Pakistan as West Indies women are set to tour the country for the first time in 15 years.

The Calypsos were the last non-Asian women’s team to tour Pakistan when they did so in March 2004 and will be doing so again for a three-match T20I series from January 31 to February 3 in Karachi, reports ESPNcricinfo.

The clashes will take place at Karachi’s Southend Club before the sides travel to the UAE, where they place three ODIs in Dubai as part of the ICC Women’s Championship.

“The visit of the West Indies women’s team to Karachi is great news not only for Pakistan cricket but for women’s cricket in general,” said Pakistan Cricket Board (PCB) chief operating officer Subhan Ahmad. “We are thankful to Cricket West Indies and their players for trusting the PCB and agreeing to play three T20Is in Karachi.

Ahmad was optimistic that seeing the West Indies tour will promote women’s cricket in the country’s largest city.

“West Indies will be contributing to the growth and popularity of women’s cricket by playing in Karachi,” he said. “I am sure this series will inspire a number of young women cricketers to take up the sport.”

Cricket West Indies chief executive office Johnny Grave said that the board and its security consultants are satisfied with the security arrangements but added that the players are free to express any ‘personal reservations’ and it would ‘fully understand and accept their position’. 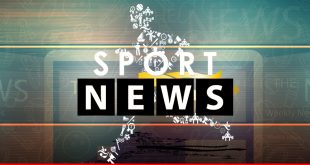