During the week ended February 1, 2019, the benchmark index of Pakistan Stock Exchange (PSX) gained 848 points and closed at a 50-session high of 41,113 level. The rally was supported by the economic reform package, the cash deposit from the UAE and Saudi Arabia of US$ one billion each and continued buying by the foreigners for second consecutive week, net buying of US$12.3 million. Budget development continued to favorably impact the auto sector on withdrawal of ban on non-filers on buying of the below 1300CC cars. Other major news flow impacting the market were: 1) IMF related developments where Finance Minister hinted on the fund softening stance, 2) Cabinet approving issuance of “Pakistan Banao Certificate” to raise US$500 million and 3) Power division allowed to raise Rs200 billion to reduce circular debt.

Foreigners continue to find market attractive with activity concentrated in banks (US$7.68 million), E&P (US$1.65 million), and cements (US$1.28 million). On the flipside, mutual funds opted for profit-taking disposing off US$5.33 million, followed by banks, US$2.99 million.

Average daily trading volume rose to for 174.84 million as compared to 168.46 million a week ago. Major gainers were: PSMC, HASCOL, ASTL, EFOODS and PSO, whereas laggards were: FFBL, FATIMA, POL, FFC and NBP.

The latest monetary policy announcement indicates continuation of monetary tightening but at a slower pace. Analysts do not rule out another round of exchange rate adjustment. They advise the investors to take positions in thematic exposure in banks, E&P, selected power and textile plays. They also expect volatility to be the central theme in the short run in the market until clarity emerges on the IMF and advice investors to take longer investment horizon and build positions on dip.

The total liquid foreign exchange reserves of Pakistan rose to US$14,802.5 million on 25th January 2019. The break-up of the foreign reserves was: foreign reserves held by the State Bank of Pakistan (SBP) at US$8,154.3 million and net foreign reserves held by commercial banks at US$6,648.2 million. During the week, SBP received inflows of US$1,000 million each from Saudi Arabia and UAE as placement of funds. After taking into account outflows relating to external debt and other official payments, SBP reserves increased by US$1,518 million during the week.

Contrary to the general expectations of the status quo, the Monetary Policy Committee decided to raise the policy rate by 25bps to 10.25%. The token rate hike marked a more calibrated policy response from the central bank, striking a balance between growth and macro-imbalances. The rate hike also signifies a continuation of ongoing monetary tightening but in a more staggered manner. Considering the creeping up inflationary pressures amidst elevated macro-imbalances, analysts expect tightening to continue, with a further 125bps hike in CY19. From market vantage, this hike is not a deal-breaker in terms of raised cost of borrowing, mostly in cement, fertilizer and OMCs, whereas index heavy banks and E&Ps likely to gain.

Commissioning of expansion by CHCC spells an oversupply situation for the local market with a bleak demand outlook, pointing towards significant pressure on prices. The base case assumption of a conservative FY19 average price of Rs585/bag as compared to 7MFY19 average of Rs595/bag) for North, should pricing stand its ground even after commencement of CHCC’s expansion, this would result in upward revision in estimates with CHCC itself being the biggest beneficiary. We maintain our underweight stance on the sector with FCCL as top pick.

Oil marketing companies (OMCs) started 2019 on a bleaker note with declining sales numbers excluding Furnace Oil (FO) sales continued to portray downward trend (down 16%YoY in January 2019) in its monthly numbers for last few months due to 1) slowdown in economic activities, 2) inflationary pressure and 3) smuggling of diesel from Iran. Product wise, HSD sales were down 25%YoY, while petrol sales were up marginally by 2%YoY after posting decline for 3 consecutive months. FO monthly sales were at their highest despite posting decline of 15%YoY. Compared to last month, FO was up 60%MoM. Cumulatively during 7MFY19, FO was down 62% amidst its lower usage in power generation after availability of relatively cheaper fuel sources like coal and RLNG. Among Companies, Hascol attained market share of 14% in overall volumes after witnessing depressed performance where its market share averaged 8-11% for last few months. To note, in Dec 2018 Hascol market share fell to 8% amidst higher discounts offerings by its competitors. For 7MFY19, oil sales came down by 30%YoY amidst aforementioned reasons. Product wise, HSD was down 22%YoY while, MS Oil sales witnessed fall of 2% after posting positive growth for a decade.

Fauji Fertilizer (FFC) beats market consensus by posting earnings of Rs6.4 billion (EPS: Rs5.00), up 37%YoY mainly due to higher urea retention prices (+21%YoY net of subsidy) during 4Q2018 and higher margins on DAP as FFC was holding DAP inventory of 264,000 tons at the beginning of the 4Q2018 after which DAP prices surged Rs200-250 per bag amidst rupee depreciation during Oct-Dec 2018 quarter. Gross margins from core operations (fertilizer) were only 20bps higher than analysts’ forecast estimates of 27.8% (vs. 28.0% actual) estimates. Earnings deviated from our estimates due to relatively higher income from associated/JV companies and other income. Net sales of FFC grew by 7%YoY despite 18%YoY drop in urea dispatches during 4Q2018 as urea and DAP prices swelled 25%YoY and 30%YoY, respectively. Financial cost declined by 9%YoY to Rs588 million during 4Q2018 due to lower borrowings amidst availability of cash flows from accrual of GIDC. The increase in distribution expense was in line with sales growth. 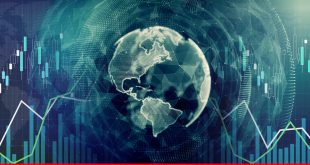