Interview with Mr Haroon Sharif — Chairman, Board of Investment

PAGE: Tell me something about yourself and the Board of Investment (BOI) please:

Haroon Sharif: Currently, I am serving as the Chairman of the Board of Investment. Having an extensive and well-rounded experience of working in about 16 countries with regard to economic policy, international development, economic diplomacy and financial markets, I have been part of the prestigious international institutions including the World Bank and the UK’s Department for International Development (DFID). I have also served as the Executive Director of the Securities and Exchange Commission of Pakistan. Furthermore, as a Senior Fellow of the British Council and a Visiting Fellow at the National Defence University, I have been involved in promoting regional knowledge and leadership networks between the UK and Pakistan.

I got my postgraduate degree from the London School of Economics and the University of Howard, USA.

The Board of Investment (BOI) is an investment promotion and facilitation body with a mandate to promote, encourage and facilitate both local and foreign investments. Apart from its regular functions, the BOI has also been entrusted to lead the CPEC working Group on industrial cooperation and to steer the Ease of Doing Business Reforms initiative of Government of Pakistan.

PAGE: Kindly tell us about the initiatives taken by the BOI during 2018:

Haroon Sharif: During 2018, the main focus of BOI remained on four main initiatives. Firstly, in collaboration with all relevant stakeholders the BOI managed to improve the ranking of World Bank’s EODB Index by 11 notches. Since the launch of Doing Business Report in 2002, it is the first time that Pakistan has jumped 11 points in one year. Secondly, the BOI team made concerted efforts to market opportunities available in various sectors of the economy. Recently the BOI co-hosted the two-day Envoys Conference on Economic Diplomacy organized by Ministry of Foreign Affairs in collaboration with Ministry of Commerce in Islamabad on December 27-28, 2018. Thirdly, during 2018 many applications of various enterprises were processed for grant of exemptions in custom duty and sales tax under the SEZ Act. The BOI also organized a meeting of the Approvals Committee wherein SEZ status was granted to Rashakai SEZ. Concerted efforts were made to expedite feasibility studies of priority SEZs under the CPEC initiative. Finally, with regard to investor facilitation the BOI processed more than 2000 cases for work visas.

It is also relevant to mention that after the launch of a new auto investment policy, my organization received 17 applications for auto projects, which have been forwarded to Ministry of Industries & Production and EDB, and 12 applications have been approved under the new policy.

PAGE: Could you tell us about the initiatives to be taken in 2019?

Haroon Sharif: BOI has received concrete investment proposals from local and foreign investors. Some of the key countries include China, Saudi Arabia, UAE and Malaysia. The BOI has crystal-clear initiatives set straight for 2019. It is my intent desire to materialize these initiatives which include 1) Enhancing Investment to GDP ratio, 2) Improving Ease of Doing Business Ranking, 3) Strengthening Institutional Capability and Coordination, 4) Influencing Economic Growth Policies, and 5) Strategic Direction and Partnership. In order to do so, our overall goal is to upgrade the investment to GDP ratio from 15 to 25 percent in next 5 years.

The BOI team aims to include Pakistan in the list of top 100 economics in Ease of Doing Business, and coordinate with the Foreign Ministry and commercial officers abroad to increase the influx of investments in Pakistan. Additionally, I eventually want to bring the one window concept to the BOI; so for example, I want to bring company registrations from the SECP here.

PAGE: Could you give your views on the investment potential in multifarious sectors of Pakistan?

Haroon Sharif: Earlier in 2018, the BOI, in collaboration with E&Y, conducted a sector scanning exercise while keeping under consideration the well performing Investment Promotion Agencies (IPAs) of 19 developing nations, for the purpose of targeted promotion and facilitation campaigns. UNCTAD sources were used to identify the top priority sectors and the policies for different sectors to attract FDI adopted by these IPAs. Drawing from the sector scanning exercise, the priority sectors having potential for investment are: 1) Agro-based Food and Industry 2) Value Added Textile, 3) Tourism, 4) IT sector, 5) Light Engineering, and 6) Logistics.

PAGE: What must the incumbent government do to attract record FDI?

Haroon Sharif: Pakistan, under the dynamic leadership of Prime Minister Imran Khan, is already on its way to attract record FDI. We have signed several memoranda of understanding (MoU) with companies working in the aforementioned priority sectors. About $30 billion worth of investment transactions are to be signed with China, KSA and UAE. According to my estimate, in the next three years, about $10-15 billion investment is expected from Saudi Arabia. Inflow of investment ranging from $6 billion to $10 billion is expected to pour in the oil refinery and petrochemical complex in Pakistan. The current focus of the government is on following four areas:

To accelerate the process of attracting further FDI, I am of the view that the government at this point in time should make considerable human resource investment. This is the era of knowledge economy and artificial intelligence where the industry is oriented toward the adoption of machines. The same is true as far as the question of policy capability is concerned within the public and private sectors. Moreover, the policy making processes of state institutions should be aligned with each other, which otherwise results in incompatible policy outcomes. To do away with this hurdle, I urge the state ministries to seek the advice of the BOI and to direct investment in their real sectors. As the BOI is entrusted with the task of policy advocacy, it is a strenuous task to redirect the government institutions toward the formulation of a coherent set of policies that complement each. 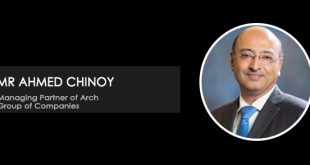