“There ain’t no bargains,” and “You get at most what you pay for.”

Successful acquisitions are based upon business plans, not financial analyses. Acquisition targets must fit the business strategies of the acquiring company; otherwise, the acquisition is likely to fail. The worst acquisition record of the last decades of the twentieth century was that of Peter Grace, the longtime CEO of W. R. Grace. He was a brilliant man. He set out in the 1950s to build a world-class multinational through financially-based acquisitions. He assembled the ablest group of financial analysts and had them scout all over the world for industries and companies with a low price/earnings ratio. He bought these companies at what he thought were bargain prices. The financial analysis of each Grace purchase was impeccable. But there was absolutely no business strategy.

By contrast, one of the most successful examples of company growth based on acquisitions was the one that underlined the stellar performance of General Electric during the tenure of Jack Welch as CEO from 1981 to 2001. The largest single cause of the company’s growth in sales and earning – and the resulting rise in the company’s market value – was the acquisition-based expansion of GE Capital. Of course, not all of them panned out. In fact, there was one major failure, the acquisitions of a brokerage firm. But otherwise the GE Capital acquisitions seem to have worked out magnificently. Underlying practically all of them was a sound business strategy.

ACTION POINT: Think through an acquisition made by your organization. What was the basis of the acquisition: strategic or financial? How has it worked out?

What the Acquirer Contributes

The acquisition of Citibank by Travelers was successful because the acquiring company, Travelers, thought through and planned what it could contribute to Citibank that would make a major difference. Citibank had established itself successfully in practically every country of the world and had, at the same time, built a transnational management. But in its products and services Citibank was still primarily a traditional bank, and its distributive and management capacity way exceeded the products and services commercial banking can produce and deliver. And Travelers had a good many of these products and services. What it saw itself as being able to contribute was greatly to increase the volume of business the superb Citibank worldwide distribution system and management could sell, and at little or no extra cost.

ACTION POINT: Before making an acquisition, focus on contribution, not synergy.

“If it’s not one god it’s another. Allah or oil. Jesus or Jewels. Lenin or lust.”

“The angry men know that this golden age (of fossil fuels) has gone; but they cannot find the words for the constraints they hate. Clutching their copies of Atlas Shrugged, they flail around, accusing those who would impede them of communism, fascism, religiosity, misanthropy, but knowing at heart that these restrictions are driven by something far more repulsive to the unrestrained man: the decencies we owe to other human beings.”

“A leader should always be open to criticism, not silencing dissent. Any leader who does not tolerate criticism from the public is afraid of their dirty hands to be revealed under heavy light. And such a leader is dangerous, because they only feel secure in the darkness. Only a leader who is free from corruption welcomes scrutiny; for scrutiny allows a good leader to be an even greater leader.”

“Oil they would buy from anyone. From Satan.”

“Oil creates the illusion of a completely changed life, life without work, life for free. Oil is a resource that anaesthetises thought, blurs vision, corrupts.”

“Unless government appropriately regulates oil developments and holds oil executives accountable, the public will not trust them to drill, baby, drill. And we must!”

“Control over the production and distribution of oil is the decisive factor in defining who rules whom in the Middle East.”

“Oil and coal? Of course, it’s a fungible commodity and they don’t flag, you know, the molecules, where it’s going and where it’s not […]. So, I believe that what Congress is going to do, also, is not to allow the export bans to such a degree that it’s Americans that get stuck to holding the bag without the energy source that is produced here, pumped here.”

“By the fall of 1918, it was clear that a nation’s prosperity, even its very survival, depended on securing a safe, abundant supply of cheap oil.”

Turkey’s energy bill due to imports will fall with the increase in use of renewable energy sources. We have no control over the prices of petroleum and natural gas.

There is an urgent need to stop subsidizing the fossil fuel industry, dramatically reduce wasted energy, and significantly shift our power supplies from oil, coal, and natural gas to wind, solar, geothermal, and other renewable energy sources.

The cheapest natural gas in the world is in the United States.

Natural gas is better distributed than any other fuel in the United States. It’s down every street and up every alley. There’s a pipeline.

When coal came into the picture, it took about 50 or 60 years to displace timber. Then, crude oil was found, and it took 60, 70 years, and then natural gas. So it takes 100 years or more for some new breakthrough in energy to become the dominant source. Most people have difficulty coming to grips with the sheer enormity of energy consumption.

It’s not unexpected that shooting massive amounts of water, sand, and chemicals at high pressure into the earth to shatter shale and release natural gas might shake things up. But earthquakes aren’t the worst problem with fracking.

Natural gas is hemispheric. I like to call it hemispheric in nature because it is a product that we can find in our neighborhoods.

Low-cost, high-grade coal, oil and natural gas – the backbone of the Industrial Revolution – will be a distant memory by 2050. Much higher-cost remnants will still be available, but they will not be able to drive our growth, our population and, most critically, our food supply as before.

Finally, we should help developing nations like China and India curb their exponentially increasing consumption of oil and natural gas, which is driving world prices higher. 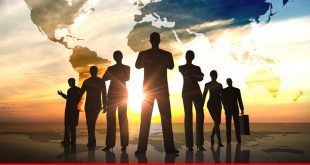 The Entrepreneurial Mindset Thomas Edison was America’s greatest inventor and also a great businessman. His …