PAGE 3 days ago In The News 9 Views

The UAE’s non-oil foreign trade grew 2.5 percent to Dh1.2 trillion in the first nine months of 2018 as compared to Dh1.17 trillion during the same period in 2017. This was driven by increased trading activity from companies based in free zones, according to Federal Customs Authority (FCA) data released on Sunday. Non-oil foreign trade from free zones accounted for 37 percent valued at Dh439.2 billion while trade from customs warehouses was equivalent to two percent or Dh8.4 billion of the total. Total non-oil foreign trade through the mainland reached Dh726.4 billion, accounting for 62 percent of the total trade. The share of non-oil foreign trade from free zones increased by five percent year on year to 37 percent during the first nine months of 2018. Ali Saeed Al Neyadi, customs commissioner and head of FCA, said non-oil foreign trade continues to grow and stabilise despite the slowdown witnessed by many international markets in light of the decline in oil prices and limited growth rates in the major economies. The value of imports amounted to Dh697.2 billion, with native and semi-processed gold imports topping at Dh83.4 billion, which is equivalent to 12 percent of the total value of the UAE’s imports during the said period. Telephone equipment ranked second with Dh54.1 billion, representing eight percent of total imports, followed by car imports worth Dh42.3 billion, accounting for six percent; and gold ornaments and jewellery imports worth Dh38 billion.

The third largest banking group in the UAE with total assets of Dh420 billion will be formally launched soon following a decision announced on Tuesday by Abu Dhabi Commercial Bank (ADCB) and Union National Bank (UNB) to merge, and to acquire Al Hilal Bank. The new banking group, the fifth largest in the GCC, will carry the ADCB identity. The combined entity will be the second largest retail lender in the UAE by assets, with 21 percent share of retail loans as well as a strong Islamic banking platform as the third largest Islamic banking franchise in the UAE. The transaction of the three-way merger, the fourth major banking industry consolidation in the UAE in recent times, has been recommended unanimously to shareholders by the boards of ADCB and UNB, and is subject to regulatory and shareholder approvals to be sought in the coming weeks, a joint statement issued by the three lenders said. In the UAE, merger talks have been underway among local banks following the successful merger of the National Bank of Abu Dhabi and First Gulf Bank in 2017 to create the Dh671 billion First Abu Dhabi Bank. Emirates NBD, which came into being after the merger of National Bank of Dubai and Emirates Bank International in 2007, has assets of Dh477 billion while the merger of Dubai Bank and Emirates Islamic Bank led to the formation of Emirates Islamic Bank in 2012.

The Government of the United Arab Emirates announced that it has initiated World Trade Organisation (WTO) dispute-settlement proceedings against Qatar following its ban of the sale of UAE products in Qatari markets. The move comes following the Qatari Ministry of Economy’s ban on the sale of consumer goods manufactured in the UAE, Saudi Arabia, Bahrain and Egypt, as well as the decision of the country’s Ministry of Public Health to stop pharmacies from selling medicines and other products coming from the four countries. Qatar has also removed the names of UAE companies from the list of approved vendors for infrastructure projects and has maintained an undeclared ban on products coming from the UAE. The measures taken by Qatar are a flagrant violation of WTO rules. Qatar took this action after its commencement to settle disputes against the UAE through the WTO in August 2017, which is still an ongoing case. However, rather than respecting the WTO to rule on its complaint, Qatar has instead decided to impose unilateral retaliatory measures, violating the very same rules it claims the UAE is violating. WTO rules stipulate that members who claim that another member has violated a WTO agreement must submit such claims to the Dispute Settlement Body. The rules explicitly prohibits members from unilaterally taking action in retaliation for alleged WTO violations. Yet that is precisely what Qatar has done. Having filed a WTO case, Qatar cannot now disregard the rules of the WTO and impose retaliation on its own without a WTO decision.

Family-owned businesses are uniquely placed to shape the fourth industrial revolution to ensure it is empowering and human-centred, rather than divisive and dehumanising, Badr Jafar, CEO of Crescent Enterprises and managing director of the Crescent Group, told delegates at the World Economic Forum, which concluded in Davos on Friday. Jafar said that family businesses are the epitome of human commerce and tend to be deeply connected to “our employees, stakeholders and communities”. According to the Family 500 Index, the world’s 500 largest family businesses produce $6.5 trillion per year in sales and employ over 21 million people – enough to make them the third largest economy in the world behind the US and China. In the Middle East and North Africa, 85 percent of non-oil GDP is generated by family businesses that are set to hand down assets totalling more than $1 trillion to the next generation within the next 10 years.

The Department of Economic Development (DED) in Dubai has launched three quality initiatives aimed at accelerating the future-readiness of the economy and enhancing private sector participation in developing a competitive policy framework for achieving sustainable business growth. The three initiatives are: an updated version of the EngageDXB app designed to serve as a communication platform for all businesses registered in DED and the free zones in Dubai; a Future Readiness Study, aimed to assess the impact of global mega trends on business in Dubai; and the Future Economy Lab, a partnership platform aimed at developing learning and creative thinking on the future direction of economy within the public and private sectors and academia. Mohammed Shaal Al Saadi, CEO of the Corporate Strategic Affairs sector in DED, stated that the EngageDXB app, which was earlier limited to business groups and councils, now serves all registered businesses in Dubai, enabling them to communicate with government officials and access a wide variety of services. “Businesses can receive updates on policies and announcements as well as propose innovative ideas and suggestions on facilitating business and accelerating economic growth through the app,” he said.

Central banks of the UAE and Saudi Arabia on Tuesday announced that a digital currency the two countries are currently working on will be restricted to a limited number of banks in the initial stage. The two apex banks said in a statement that one of the objectives of launching the common digital currency project ‘Aber’ is for use in financial settlements between the two countries through Blockchain and distributed ledger technologies. “As for the mechanism agreed upon by the Saudi Arabian Monetary Authority and the UAE Central Bank for implementation of the ‘Aber’ project, the concentration in the initial stages will be on technical aspects. The use of the currency will be restricted to a limited number of banks in each state. In case that no technical obstacles are encountered, economic and legal requirements for future uses will be considered,” read the statement issued on Tuesday. The pilot project is aimed at studying the practical application of modern technologies and determining their impact on the reduction of remittance costs and assessment of technical risks and how to deal with them. The central banks didn’t specify when the project would be launched. Central banks of some countries have already begun pilot projects to explore the dimensions of Blockchain and distributed ledger technologies in the circulation of digital currencies. Countries already working on the pilot project include Sweden, Bahamas, Uruguay and Russia. The central bank-based digital currency will make cross-border financial transactions more secure and financially efficient.

Dubai – The UAE’s leading private utility, Utico, has signed an investment agreement with Majis Industrial Services, a Government of Oman owned entity with an investment deal valued at $400 million. Utico said the deal was arranged by Emirates NBD Capital, financial advisor to Utico. White & Case provided legal advisory support to Utico and Clyde & Co. to Majis Industrial Services (MIS). “The Majis’s investment is one more testament of trust from our investors in our unique business model, expertise and the tremendous growth potential of the company. It is also an endorsement of our contribution to the social and economic fabric of countries where we operate,” said Rashed Mehran Al Balooshi, Chairman of Utico. He said that investment also stood out for the fact that it strengthens economic cooperation between Oman and the UAE. “Investment by the Government of Oman through its sovereign funded entity in an Emarati utilities company also complements economic relations between the two countries,” Rashed added. “We are very excited about the prospects the deal brings to the table and along with Utico we hope to work together to develop many projects and build on each other’s strength. The deal is supposed to close in the first quarter 2019 said Ahmed Mazroui, CEO of MIS. Richard Menezes, CEO of Utico, said the Majis’s investment was in line with the confidence other Sovereign investors have shown in the company earlier as well.

Saudi Aramco and Air Products announced the signing of an agreement to jointly-build the first hydrogen fuel cell vehicle fuelling station in Saudi Arabia. The collaboration between the two companies will combine Air Products’ technological know-how and experience in the field of hydrogen with Saudi Aramco’s industrial experience, facilities and R&D capabilities. Saudi Aramco and Air Products will establish a pilot fleet of fuel cell vehicles for which high-purity compressed hydrogen will be dispensed at the new fuelling station. Air Products’ proprietary SmartFuel hydrogen fuelling technology will be incorporated into the new station to supply the vehicles with compressed hydrogen. The collected data during this pilot phase of the project will provide valuable information for the assessment of future applications of this emerging transport technology in the local environment. The hydrogen refuelling station, the first in the kingdom, is expected to be operational in the second quarter of 2019. “Hydrogen fuel cells offer an effective means for the electrification of transport while maintaining easy, five-minute refuelling and long-driving ranges,” said Ahmad O. Al Khowaiter, chief technology officer of Saudi Aramco. “The use of hydrogen derived from oil or gas to power fuel cell electric vehicles represents an exciting opportunity to expand the use of oil in clean transport,” Al Khowaiter added. “We are honoured to work on another venture with Saudi Aramco to establish and develop a sustainable hydrocarbon-based hydrogen supply system for pilot demonstration of a fuel cell vehicle fleet in Saudi Arabia,” said Dr Samir Serhan, executive vice-president at Air Products. 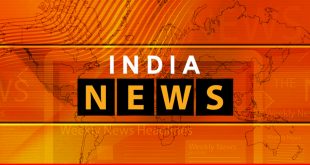