In the ongoing technological era, every state in the globe is trying to keep focusing, improving and making advancement in gaining trillions of dollars Information Technology (IT) market share. The studies believe that developed countries are now engaged in a technological trade war and trying to become a world leader in artificial intelligence. The advanced countries had spent and were spending millions or billions of dollars in technology counting next generation 5G which will ensure downloading large size of fact/statistics/data within minutes or even seconds. It is also said that it would assist fulfill a dream of shifting scattered cities into smart cities.

The industry experts reveal that the International Telecommunication Union (ITU) is going to introduce 5G standards during 2019 and on the whole, a vast number of trials and experiments already being held in different parts globally including Pakistan as well.

Sources mentioned that a Chinese company may lead Pakistan to its first ever 5G technology. However, 5G is more expensive than 4G. Therefore, the Government of Pakistan may have to work hard to launch it in its full spirit as next evolution comes in form of 5G that will offer attractive data rates and greater than that the fastest speed ever. Statistics also showed that the next generation mobile services (3G/4G) are continuously gaining momentum in our country since their introduce in mid 2014 while the demand for data services is rising along with subscriber-base which has crossed 60 million till October 2018 with teledensity of 28.89 during previous 5-year. The Basic Telephony subscriber stood 3.0 million with 1.30 percent teledensity while on other hand the number of cellular subscribers crossed 152 million by end of October with 73.23 percent teledensity. The total number of broadband users counting 3G and 4G stood 62 million mark till October 2018.

According to the PTA, the rapid growth in mobile data traffic and consumer demand for improved mobile broadband experience have led to a growing emphasis on the upcoming fifth generation of mobile technology (5G). it is also added that seen as a broad wireless-access solution with the capacity to address the demands and requirements of mobile communication beyond IMT-2020, it is estimated that this technology would operate in a highly heterogeneous environment and give ubiquitous connectivity for a wide range of devices, new applications and use cases. The experts also mentioned that IMT-2020 is a term developed through the International Telecommunication Union (ITU)’s Radio communication sector during 2012 to develop the vision of IMT for 2020 and beyond. The ITU has set a timeline that calls for the standard to be completed during 2020. Pakistani telecom regulator officials also mentioned that the scope of IMT-2020 is much wider than previous generations of mobile broadband communication systems.

The ITU’s work in developing the specifications for IMT-2020 in close collaboration with the whole gamut of 5G stakeholders is now well underway along with the associated spectrum management and spectrum identification aspects. IMT-2020 would be a cornerstone for all of the activities related to attaining the goals in the 2030 Agenda for Sustainable Development. In a statement the experts also said that the draft framework for 5G enables the use of radio spectrum on trial basis for noncommercial purposes to carry out trials for innovative use of radio frequency spectrum, apparatus/equipment and academic purposes counting but not limited to scientific research, radio concepts and new systems demonstrations, added PTA.

No doubt, introducing the 5G is the positive sign of Pakistan and it would also open a new arena for smart devices and make sure career opportunities and investment opportunities in Pakistan during upcoming years.

Previous Textile policy 2014-19: commitments and reforms for growth
Next 2019 – A year for positive momentum (Facts & Figures) 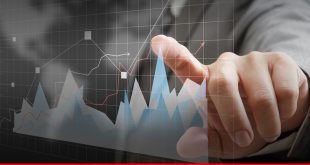