US stocks surged over 2.5 percent on Friday, boosted by a robust US jobs report, plans for fresh Sino-US trade talks and as Federal Reserve Chairman Jerome Powell pledged patience and sensitivity to risks in the markets.

The rally puts Wall Street on course to erase all losses from a day earlier, when stocks plunged after slowing US factory activity on the heels of Apple Inc’s dire revenue warning fueled fears of a global economic slowdown.

Nonfarm payrolls surged by 312,000 jobs in December, the largest gain since February and sailed past economists’ expectations of 177,000 jobs. Wages also rose, while the unemployment rate improved, the Labor Department said.

All the 11 major S&P sectors were higher. Technology stocks , coming off their biggest one-day percentage drop since August 2011 on Thursday, jumped 3.8 percent, leading the gains.

The trade-sensitive industrials sector rose 2.7 percent after Beijing announced a new round of trade talks with Washington on Jan. 7-8 to try and resolve their dispute.

China stocks bounced back from a more than four-year low on Friday, as optimism about trade talks with the United States helped sooth investor nerves and after a private survey showed solid growth in the service sector.

Tokyo’s Nikkei index down in first trading day of 2019

Saudi Arabia stocks were higher after the close on Thursday, as gains in the Telecoms & IT, Media & Publishing and Hotels & Tourism sectors led shares higher. At the close in Saudi Arabia, the Tadawul All Share added 0.51 percent.

It was the 1st week of 2019 and things went south for the bulls. The S&P BSE Sensex broke below its crucial support at 36,000 and closed with losses of little over 1 percent for the week ended January 4. The S&P BSE Small-cap index which fell by about 23 percent outperformed Sensex, Nifty as well as the S&P BSE mid-cap index. The index fell by 0.09 percent, compared to a 1.2 percent fall in the Nifty and 1.39 percent drop seen in the S&P BSE Mid-cap index.

Living to their name, big returns in small packets, small-cap stocks which were beaten down last year managed to buck the trend as 18 stocks gave 10-50 percent return in 5 trading sessions. In the S&P BSE 500 index, there were hardly gainers. Quess Corp rose 13 percent while on the losing side, as many as four stocks fell in double digits which include names like Dena Bank (down 16 percent), Eicher Motors (down 12percent), Future Retail (down 12 percent), and Jet Airways (down 11.2 percent).

Previous Stock market at a glance
Next Textile policy 2014-19: commitments and reforms for growth 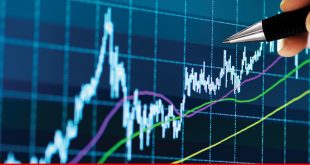 Market Review Benchmark index remained volatile throughout the week where the index closed at 37,547pts, …