Why fear and anger are rational responses to climate change

Not everyone cheered for the school children striking against climate change. In the US, democratic senator Dianne Feinstein accused them of “my way or the highway” thinking. German Liberal Democrats leader Christian Lindner said that the protesters don’t yet understand “what’s technically and economically possible”, and should leave that to experts instead. The UK’s prime minister, Theresa May, criticised the strikers for “wasting lesson time”.

These criticisms share a common accusation – that the striking children, while well-intentioned, are behaving counter-productively. Instead of having a rational response towards climate change, they let emotions like fear and anger cloud their judgement. In short, emotional responses to climate change are irrational and need to be tamed with reason.

The view that emotions are intrusive and obscure rational thinking dates back to Aristotle and the Stoics – ancient Greek philosophers who believed that emotions stand in the way of finding happiness through virtue. Immanuel Kant – an 18th-century German philosopher – saw acting from emotions as not really agency at all.

Today, much of political debate is moderated with the understanding that emotions must be tamed for the sake of rational discourse. While this view stands in a long tradition of Western philosophy, it invites Jordan Peterson and Ben Shapiro to insist that “facts, reason and logic” can dismiss an emotional response to anything in debates.

However, the view that emotions aren’t part of rationality is false. There’s no clear way of separating emotions from rationality, and emotions can be rationally assessed just like beliefs and motivations.

Emotions can be rational

Imagine you’re walking in the woods, and a huge bear approaches you. Would it be rational for you to feel fear?

Imagine you find out that a meteor will kill millions of people across the world, displace hundreds of millions more, and make life for the remainder of humanity much worse. The world’s governments neither put a defence system in place, nor do they evacuate the people threatened. Fear from the meteor, and anger at the inaction of governments, would be a rational response as they are an appropriate reaction to danger. And if you don’t feel fear and anger, you’re not appropriately responding to a dangerous situation.

As you’ve probably guessed, the meteor is climate change. The world’s governments aren’t addressing the causes of climate change or preparing to mitigate its impact. For the people of Mozambique, who are reeling from the devastation of Cyclone Idai, anger is entirely appropriate. Climate change is largely a product of economic development in richer countries, while the world’s poorest are bearing the brunt of its effects.

Regardless of how fitting an emotional response is, it may sometimes be unhelpful for what a person wants to achieve. Theresa May makes this point about the school strike: understandable, but young people missing valuable lessons makes it harder for them to solve climate change. As others have already pointed out, climate change demands rapid action – waiting until some vague point in the future when the children are old enough to do something is relinquishing responsibility instead of meaningful action.

It is, however, hard to deny that fear and anger sometimes lead people to choices they regret. However, dismissing emotional responses on this basis is too quick. There are many examples where fear and anger have triggered the correct response and created a motivational push for change. As Amia Srinivasan, an Oxford philosopher working on the role of anger in politics, puts it,

Anger can be a motivating force for organisation and resistance; the fear of collective wrath, in both democratic and authoritarian societies, can also motivate those in power to change their ways.

A lot of social change has happened because of anger against injustice, empowering the weak and oppressed, while causing those in power to fear they may be ousted leads to reforms and change. We do need scientific understanding of the climate crisis to solve it, but banning emotions from the debate and dismissing rational fear and anger about climate change may encourage people to do nothing.

So, not only are children, who are angry and scared about climate change, rational, they might be more so than the adults criticising them. Emotions play a bigger part in life beyond rationality – they mark values and indicate what people care about. Fear of the future and anger at inaction are ways young people can express their values. Their emotions are, in the words of feminist writer Audra Lorde, an invitation to the rest of society to speak.

Dismissing the emotions of school children not only invalidates their rational responses to a grave situation – it implicitly states that their values aren’t taken seriously, and that adults don’t want to reach out to them.

Previous How solar is powering the Middle East towards renewables
Next Water scarcity is a growing problem across the Middle East. Is this how we solve it? 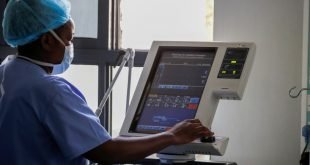