UAE exchange responds to delays in funds transfers from customers

UAE Exchange, one of the largest companies dealing in remittances and foreign exchange in the region, on Thursday said its top traditional markets are performing well but it is facing operational challenges in remitting funds to certain countries because it takes longer time than usual.

The firm said majority of the delayed payments transactions have already been processed.

Owned by the UAE-based billionaire Dr BR Shetty and a subsidiary of London-listed Finablr, UAE Exchange’s comments came in response to complaints made by its customers on different online platforms due to delays in funds transfers.

Irfan Shaikh, a customer, said he made two transactions but his funds were not transferred into his account.

“I have made a couple of transactions, one on 6th March and another on 9th March , but no money has transferred into his account and only excused receiving that there is technical issue, and now the customer care call is not getting connect [sic],” Shaikh said on trustpilot.com.

Another user, Monika Patel, who is a new resident in the UAE, said had she transferred funds on February 18 but is unhappy with the service.

“I have called so many times. Every time it’s the same excuse, ‘it’s a technical issue’,” she said on trustpilot.com as well.

Richard Evans writes that he transferred money on February 24 but the money has yet to arrive at his UK bank after 17 days. Evans said he had made numerous unsuccessful phone calls to trace his funds.

Saudi Arabia’s national shipping firm, Bahri, has provisionally chartered up to 19 supertankers this week, with six set to take about 12 million barrels of Saudi crude to the United States, according to data and sources, as Riyadh ramps up shipments amid a price war with Russia.

Saudi state oil giant Aramco said on Tuesday it would boost oil supplies to a record 12.3 million bpd in April, or 300,000 bpd above its maximum production capacity.

The shipments to the US would mark a sharp increase from recent years, when Saudi Arabia reduced output in tandem with other top producers to prop up prices and the United States increased its own shale production to record levels.

But on Saturday Saudi slashed prices for its crude to customers worldwide after Opec failed to reach an agreement with Russia to deepen production cuts aimed at shoring up prices.

“The discount now priced into Saudi Arabian crude has seen more bookings going West, and it has been a very long time since we have seen Bahri itself [and its predecessor Vela] book VLCCs to carry Saudi crude to the USG [US Gulf Coast], which was a common occurrence prior to the shale revolution,” broker Clarksons Platou Securities said in a note.

“The taps are opening again on the long-haul MEG-USG trade and that Saudi Arabia, now looking to export above its max production capacity, is likely to need more ships to cater to its own transportation.”

The Indian rupee dropped to a record low on Friday, weighed down by worries over the coronavirus pandemic that has prompted investors to dump riskier assets and move towards safe havens.

The dollar stood tall on Friday as investors scrambled for the world’s most liquid currency amid deepening panic while the euro nursed losses after the European Central Bank disappointed by not cutting rates.

The partially convertible rupee dropped to a record low of 74.5075 against the dollar before recovering slightly to trade at 74.4445 by 0355 GMT.

The Central Bank of the UAE has asked its employees to work remotely and replace larger group meetings with virtual meeting channels in order to better combat with the coronavirus pandemic, said a statement on Wednesday.

It also told local banks to ensure that ATMs are equipped with sufficient cash should there be a change in branches’ hours.

“The central bank [has] started asking their employees to work remotely in accordance with the business continuity plan and replacing large group meetings whether internal or external with virtual meeting channels. Moreover, staff at at central bank branches dealing with cash are asked to strictly comply with sanitisation procedures and communication with companies that transport cash to and from branches have been ongoing to ensure operations are ongoing and mode of handling cash is with gloves and not bare hands,” the apex bank said in a statement late on Wednesday.

The central bank has established internal committees to ensure necessary measures are taken to mitigate the spread of Covid-19 inside its headquarters and branches including providing fundamental preventive sanitisation requirements and constantly communicating guidelines to protect oneself from Covid-19.

“We are closely monitoring the development of the Covid-19 outbreak and working with banks and other stakeholders to provide appropriate assistance as necessary to support the economy and minimise adverse impact on financial stability and economic growth,” said central bank governor Mubarak Rashed Al Mansoori said.

Another committee has been established to communicate with banks advising on preparedness of business continuity plans confirming no disruption to critical services to individual consumers or corporates in the case of reacting to Covid-19.

“Banks should be ready to have sufficient cash loaded at their ATMs and available at branches and banks are asked to keep customers updated should there be change of branch hours or closures. Furthermore, banks are asked to ensure their digital channels are equipped to handle flow of usage,” the central bank said.

Gold prices are coming back to Earth – since morning it has dropped $25 dollars in the global commodity markets to be in the $1,555 plus an ounce range. That’s quite a climb down after it briefly crossed $1,700 on Monday (March 9), for the first time since 2012.

Dubai Gold Rate is now at Dh179.75 for 22K, dropping a dirham from Thursday’s retail price. Over the last two days, the Dubai rate is down by Dh10 a gram, and in the past this had been enough to set off a buying spree. But will it be enough to bring shoppers back this time?

Gold prices are engaged in a stiff fight with the falling Indian rupee – Asia’s weakest performing currency at the moment – and others. Will UAE shoppers want to pick up a few grams of gold rather than use their currency’s weakness to remit back home?

“Right now, the market can only rely on UAE shoppers – the coronavirus has affected travel plans and it will take some time before tourist buying regains lost ground,” said a jewellery retailer. “If the local gold rate drops below Dh180 – it should – and remains at these levels, we are expecting some demand for gold coins (which do not carry VAT).

“But it will be a stiff fight given how the rupee is dropping.”

Two leading business houses in the UAE are having second thoughts about bidding for a stake in Finablr, the financial services company owned by Dr. B.R. Shetty, the UAE based Indian billionaire.

This – in the midst of an 80 percent fall in Finablr’s share price – follows Tuesday’s revelation that NMC Health, Finablr’s sister company, was carrying an additional $2.7 billion in debts that was never reported before. This raises NMC’s total debt position to nearly $5 billion, from $2.1 billion.

On Thursday, the Finablr Board of Directors confirmed it plans to launch an internal investigation at Finablr, along the lines of what was done at NMC Health. That then led to the ouster of NMC’s CEO – Prasanth Manghat.

The market believes that a “sizeable stake sale ” in Finablr is what potential investors are interested in. There are some who reckon the company might consider removing Dr. Shetty and family from the Finablr board or even go private.

The skeptics however hold a different opinion:

“NMC Health and Finablr are two separate companies… but they essentially have the same principal shareholders, including Dr. Shetty,” said a top official at the Abu Dhabi based company that had an interest in taking a Finablr stake. “The two companies also had the two Manghat brothers – Pramoth and Prasanth – at the helm of affairs until Prasanth got fired as the NMC CEO.

“We will want further clarity about how separate NMC Health and Finablr are. No one likes being caught up by a surprise about huge debts in a way the NMC board got – certainly not when they are around $3 billion. And NMC’s current board of directors had absolutely no clue about it until this week.”

Another company said it has decided not to bid at all for the Finablr stake. It was particularly interested in acquiring the UAE Exchange Centre network, which has a wide reach in the Gulf and India.

“There would have been synergies with our own money exchange operations,” said an official there. “But now, it is best to hold back.”

UAE stocks shed a combined 16 percent on Sunday and Monday as investors took flight over prospects of a new oil price war between Saudi Arabia and Russia. And there was the continued scare from what the coronavirus will do to growth.

On Thursday, within minutes of the opening, the DFM slipped more than 8 percent, taking down 24 stocks. Clearly, investors were not too bullish about US President Donad’s Trump’s plans to combat the virus outbreak, which was the sentiment shared by other Asian markets.

But for value chasing investors, these drop may be a good time to load up on cheap stocks. In other words, buy the dip.

“At the moment, UAE markets are quite correlated with US equity markets – everything is run by sentiment,” said Shiv Prakash, Senior Research Analyst at First Abu Dhabi Bank Securities. “The fundamentals are still the same, but people are hesitant to buy.”

But“a closing price for the Dubai index at over 2,260 in the near term will confirm that there is a reversal in selling activity – and that will attract further buying.”

Prakash’s advice for investors was to remain stock-specific, and look at companies with strong fundamentals. Especially those stocks that are now trading at around 50 percent lower than they were a few months ago. Emaar Properties, for example, is now at Dh2.86, nearly half since August when it hit a high of Dh5.53.

And while the broader economy is still challenging, with growth forecasts trimmed due to coronavirus concerns and lower oil prices, analysts say that in the UAE, there are still buying opportunities on some of the powerhouses.

“It’s impossible to time the market,” said Charles-Henry Monchau, Head of Investment Management at Al Mal Capital. “Bottoming out is a process. The downside is usually very brutal, and the market needs to test new lows before recovery. This could be the start of it.”

(PAGE) is the leading weekly financial magazine of the country for nearly 40 years. It is read widely both nationally and internationally for its coverage of various topics and investigative reporting by the business community, members of the Karachi, Lahore and Islamabad stock exchanges, members of different chambers of commerce and industry, governments officials, professionals, bankers, students and is also subscribed by major libraries around the world.
@pakistaneconomi
Previous Government Initiative
Next Stock Review 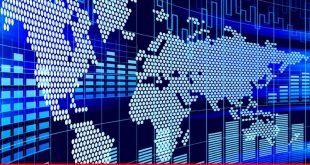