External debt and liabilities had gone up by $500 million to $106.3 billion in the previous quarter ended June 30, 2019, the State Bank of Pakistan (SBP) reported on Friday.

Besides, Islamabad paid a total of $3.07 billion in external debt and loan servicing (principal amount and interest payment) in the quarter ended September 30, 2019, according to the central bank.

Total debt repayments included $2.66 billion on account of public debt. Other debt repayments were made in relation to public sector enterprises, bank borrowing and the private sector.

Pakistan borrowed relatively a smaller amount despite a significant debt repayment in the Jul-Sept 2019 quarter. “A notable drop in the current account deficit – which shows the gap between government’s foreign income and expenditure – played a pivotal role in shaping things in Jul-Sept,” Tariq said.

Accordingly, Pakistan’s foreign currency reserves improved around $1.3 billion to $8.5 billion by November 7 compared to $7.2 billion on June 30. “The improvement is much better than the borrowed amount of $600 million,” he said.

China and the United States are busy conducting in-depth discussions on a phase-one trade agreement and additional tariff rollbacks are key to signing a deal, China’s Ministry of Commerce said on Thursday.

If the two sides reach a preliminary agreement, the degree of tariff removals will fully reflect the importance of the agreement, ministry spokesman Gao Feng said at a weekly briefing.

“The importance of the deal should be measured by both parties,” Gao said, adding that the two countries’ negotiating teams are holding in-depth consultations on the topic.

Last week, Gao said at a regular briefing that China and the US have agreed to lift additional tariffs on each other’s goods step by step if a trade deal is struck. The phase-one deal was outlined by both the negotiating teams in early October.

He did not specifically respond to comments from US President Donald Trump on Friday where the president had said that he had not agreed to remove additional tariffs on Chinese products.

Gao said the trade conflict began because of additional tariffs so a truce should be reached through tariff elimination and “this is an important condition for the two sides to reach an agreement”.

The General Administration of Customs said on Thursday it was lifting restrictions on the import of poultry from the US, effective immediately.

The proposal to lift the nearly five-year ban on US poultry imports was announced by the Ministry of Commerce in late October and publication on the customs administration website, which clears imports of all US poultry products, is a formal recognition of the reopening of the trade.

Improving access for US foodstuffs to the Chinese market has been a critical part of the Sino-US trade talks. China had banned all US poultry and eggs since January 2015 due to an avian flu outbreak. 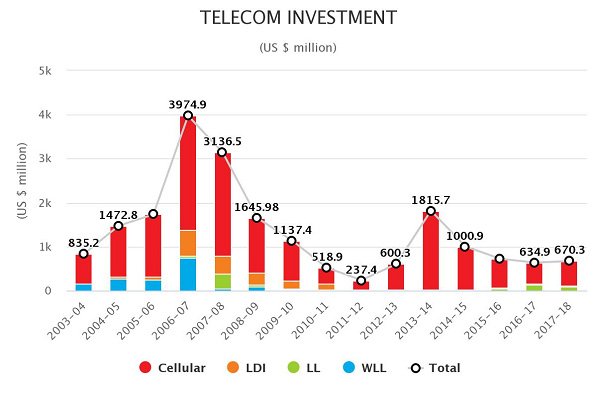 Pakistan’s trade deficit narrowed 33.52% to $7.77 billion in first four months (Jul-Oct) of the current fiscal year due to a notable contraction in imports.

Measures taken to address imbalances in the economy over the past two years such as rupee depreciation, hike in the benchmark interest rate and higher regulatory duty on imports helped improve the balance of trade but badly impacted industrial activities and slowed down economic growth.

The Pakistan Bureau of Statistics (PBS) reported that imports dropped 19.21% to $15.32 billion in first four months of fiscal year 2019-20 compared to $18.96 billion in the same period of previous fiscal year. Exports crawled up 3.81% to $7.54 billion in the four-month period against expectations of annualised growth of over 8%. Exports stood at $7.27 billion in the corresponding period of last year, according to the PBS.

“The trade deficit figure is not surprising. It is largely in line with market expectations,” he pointed out. “The number would have surprised us had it been better than our expectations.”

The government is investing in human resources which will lead the country towards sustainable economic growth, said Adviser to Prime Minister on Finance Dr Abdul Hafeez Shaikh.

Addressing a conference titled “Margalla Dialogue ‘19 on Peace and Development in South Asia, Middle East, Central Asia (Sameca)” on Thursday, the adviser stressed that no country could achieve high development goals until it equipped its people with modern skills and technology to enhance their capability and help them contribute to the development of the country

The adviser was of the view that education, skills and tendency towards innovation and modern education played a vital role in the development of a society.

He stressed that the private sector had to play an important role in development and prosperity of the country while the government could only provide it support and opportunities.

Shaikh said around $100 billion in development funds were available for the private sector and the Asian Infrastructure Investment Bank (AIIB) would be the main supporter in that regard.

“I see opportunities in every sector of Pakistan which need to be exploited,” he remarked and invited foreign investors to invest in the creation of jobs in Pakistan.

Talking about regional connectivity, the adviser stressed that the country was playing an active role in enhancing connectivity among regional states which would help increase trade and investment in the region.

He said the government focused on economic stability which would lead to economic growth. “The current account deficit has decreased 40% with a considerable decline in the fiscal deficit,” he said. “The World Bank, in its Ease of Doing Business Report 2019, has placed Pakistan among the world’s top 10 reformers.”

The government has introduced a liberal policy to provide equal opportunity to every country regarding trade with Pakistan and cooperation in all sectors of the economy.

Shaikh said Pakistan took the lead in enhancing trade ties among member states of the Sameca region, primarily through projects focused on energy.

“The Casa-1000 project targets supply of up to 1,000MW of electricity from Tajikistan and the Kyrgyz Republic to Pakistan,” he added. “The $7.5-billion Turkmenistan-Afghanistan-Pakistan-India (Tapi) gas pipeline is another landmark project in the region.”

The Sindh Investment Department has established the Doing Business Reforms Implementation Unit in an effort to improve and undertake further reforms to facilitate the launch and running of businesses in the province.

The dedicated unit will coordinate with all related government functionaries, private-sector organisations and other business stakeholders so that anyone who wants to start or run a business in Sindh can easily get licence, permits and other relevant permissions.

Sindh Chief Minister Syed Murad Ali Shah is keen to improve the business environment and the Sindh Doing Business Reforms Council has already been working in this regard.

Now, the provincial government has set up the dedicated Doing Business Reforms Implementation Unit in the office of Sindh Investment Department. The unit comprises a director, two managers and a communication officer.

“In Pakistan, businesspersons need 17 to 18 licences before opening an enterprise,” remarked economist Muzammil Aslam. “For a business, a plethora of authorisations from the labour department, Employees Old-age Benefit Institution, revenue department and Building Control Authority will be required.”

Besides these certificates, getting water, electricity and sewerage connections was also a headache, he said.

The foreign exchange reserves held by the central bank rose 0.5% on a weekly basis, according to data released by the State Bank of Pakistan (SBP) on Thursday.

Earlier, the reserves had spiralled downwards, falling below the $7-billion mark, which raised concern over Pakistan’s ability to meet its financing requirements. However, financial assistance from the United Arab Emirates (UAE), Saudi Arabia and other friendly nations helped shore up the foreign exchange reserves.

On November 8, the foreign currency reserves held by the SBP were recorded at $8,397.3 million, up $40 million compared with $8,357.6 million in the previous week. The SBP, in its report, cited no reason for the increase in reserves.

Pakistan received the first loan tranche of $991.4 million from the International Monetary Fund (IMF) on July 9, which helped bolster the reserves. Previously, the reserves had jumped on account of $2.5 billion in inflows from China.

Over time, the declining reserves have forced the central bank to let the rupee depreciate massively, sparking concern about the country’s ability to finance a hefty import bill as well as meet debt obligations in coming months.

In January last year, the SBP made a $500-million loan repayment to the State Administration of Foreign Exchange (SAFE), China. Balochistan Governor Amanullah Khan Yasinzai on Thursday said the government believes in uniform and sustainable development in the province.

“It is our desire and endeavor that all the districts, especially those in the backward areas, receive basic facilities,” said Yasinzai while talking to a delegation from Hanna Orak led by Maulvi Rahmatullah in Governor House Quetta.

He added that it is important to provide all necessary facilities, including health, education, and clean water to the people of Hannah Oark.

The governor was briefed by the delegation about the issues of area to which he assured every possible assistance and long-lasting solution.

Earlier, Yasinzai termed education the basis of all kinds of development, emphasising its importance in the overall progress and prosperity of society.

“The aspirations of young people from all over the province can be achieved with a well-informed Balochistan which is only possible through adopting a modern, scientific and knowledgeable education system,” said Yasinzai as he spoke with teachers and students of BRC Loralai at Governor House Quetta.

On the occasion, Yasinzai urged the BRC Loralai principal Professor (retd) Mohammad Hassan Tareen and his entire team to incorporate modern teaching methods to expand their educational activities and further promote curriculum development, while using all the available resources.

The ECC meeting, chaired by Adviser to Prime Minister on Finance Dr Abdul Hafeez Shaikh, was told that the minimum support price of Rs1,300 per 40 kg had not been enhanced for the past five years.

However, in view of factors such as world wheat supply situation, cost of production, export-import parity prices and domestic producer prices, an appropriate support price for the next wheat crop was necessary.

The cost of production in the financial year 2019-20 has increased to Rs1,349.57 per 40 kg in Punjab and Rs1,315.72 per 40 kg in Sindh, according to findings of the Agriculture Policy Institute. Apart from that, world wheat prices were hovering around Rs1,575 per 40 kg including duties and Rs1,440 without duties.

Keeping these in view, the ECC decided to enhance the minimum support price for the next wheat crop to Rs1,350 per 40 kg.

The ECC also asked the Ministry of National Food Security and Research to approach provinces well in time in order to push them to make adequate wheat purchases in the coming season. If the provinces failed to meet the goal, then any request from them for the release of wheat from Pakistan Agricultural Storage and Services Corporation (Passco) stocks would result in 100% payment of incidental charges.

The ECC suggested that chief secretaries of the provinces or their representatives should be invited to the next ECC meeting. It directed the Ministry of Finance to give a detailed presentation on the rising debt level due to the commodity operation as it had already crossed Rs450 billion.

The ECC also considered a set of proposals from the Petroleum Division about the provision of utilities, particularly gas connections, to the Special Economic Zones (SEZs).

The ECC constituted a committee after discussing various proposals for the supply of gas, electricity and other facilities to the SEZs. The committee would be headed by Adviser to Prime Minister on Commerce and Investment Abdul Razak Dawood and comprise representatives of the Petroleum Division and Board of Investment. It would try to resolve minor issues as pointed out during the discussion and would come up with proposals in the next ECC meeting for approval.

The ECC took up a proposal of the Power Division, which sought approval for an amendment to the implementation agreement governing Thal Nova Power Thar Private Limited and Thar Energy Limited. According to the amendment, the time period for the exercise of the government of Pakistan’s right to terminate both projects would be increased from 400 days to 490 days.