Needs of implementation of ‘zero’ taxation policy for salaried-class

Syed Shariq Waqar – FCMA is a qualified Cost and Management Accountant having 23 years of diversified experience in different trades such as manufacturing, retail, aviation and education industry. Many of his ideas especially in the taxation area have been acknowledged and become part of policy at professional levels.

Pakistan and Gulf Economist had a conversation with Syed Shariq Waqar regarding taxation on the salaried individuals. Following are the excerpts:

Tax is the biggest nightmare for everyone whether you are from a salaried class or business class. Salaried individuals are the most victimized community since they can’t shout, can’t smile or can’t cry, in whatever way inflation or taxation affect them. In countries like Pakistan exchange rate directly hits the salaried-class pocket. They are ignored, they are helpless, they receive their salaries later, but their tax is already deducted. A major contribution in taxation comes through ‘Salaried Individuals’. Higher taxation always causes higher inflation which hits nobody but the common man who mostly belongs to ‘the Salaried Class’.

Salaried class is not only the biggest contributor in taxes, it also contributes highly in government donations, like dam funds, hospital development charities, street beggars’ charities etc. They are also the biggest victims of street crimes. Government, whenever in dire need of money raises taxes, which results in the form of higher prices of groceries, utilities, luxuries etc. which eventually causes troubles for the salaried-class. Higher cost of taxation means higher cost of production, logistics and energy etc. At the end of the day an entrepreneur must bear this gigantic cost increase and to save their profit margins forces for the right sizing, which is converted further in downsizing culminating with the victimization of the salaried-class.

Increasing efficient technology levels also attracts entrepreneurs to cut down their cost and a ‘Monster’ of downsizing digests large number of workforce, not only inefficient workers but sometimes mostly in government organizations also good and smart workers are forced to leave the organization, because of high-end politics and inefficient networks. Taxation on salaried-class is always a high-end debate.

Now let’s see how to tackle this issue. Tax on salaried-class should be zero at all levels, but a million-dollar question arises, ‘How the government can bear this tax burden, which is on the shoulder of ‘salaried-class’. Because of zero tax on salaried ones, this amount will not come in government exchequer and it’s a huge financial loss to the government. So, the answer is quite simple, No tax on salaries, either earning 100k or 1,000k, zero taxation on their salaries will allow complete value of their salaries in their hands, which will increase their purchasing power. They will spend more money on savings, more money on their cost of living, more travelling, more shopping and more entertainment, which is because of high-end taxation they are sacrificing. It is a very simple economic phenomenon that never keep wealth in one hand rather always keep it in circulation as “wealth generates wealth.” All the economics experts should focus, before diverting the tax burden to salaried-class, on ‘How to improve the buying power of salaried class?’ If they have more purchasing power, they will spend more, but cutting their throats is not the solution.

The above phenomenon could be understood through this following economic act. A person goes to a village hotel and asks at the reception counter to its owner ‘I need a room. How is much the rent? The owner said Rs1,000/-. The person leaves 1,000 rupees note on the counter and tells the owner, first I will see the room and then decide whether to take it or not. An attendant takes the customer for visiting the rooms and in the meanwhile a meat supplier of the hotel comes and asks the owner for the hotel for the clearance of his dues amounting Rs1,000/-. Hotel owner gives him the same Rs1,000 rupees note, which he received from the customer; meat payable is settled. Meat vendor goes to his shop where his landlord is waiting for him and demands his outstanding to settle the dues. Meat vendor gives the Rs1,000 note to the landlord to settle his dues. Landlord owes 1,000 rupees to his friend so returns that money to him. His friend is staying in the same hotel. He receives his dues and checks out from the hotel after paying the same 1,000 rupee note against his room rent. In this due course of time, the customer who is visiting the room comes back and says to owner I don’t like the room please return my 1,000 rupees. Hotel owner returns the same 1,000 rupees note to him. Rs1000 note circulates and nobody loses anything. By adopting zero taxation policy, economy will move faster, both supply and demand will increase, hence more manpower will be required, resulting in increasing job opportunities.

Now one more million dollar question arises, ‘How government exchequer will bear this burden of ‘salaried-class’ tax loss?’ The answer is quite simple. The total value of the tax coming from salaried-class will be proportionately adjusted through indirect taxation e.g. 17% GST will increase by 0.5% and likewise other taxes by 0.5% or as per requirement. I believe accounting will become easier and both the salaried-class and entrepreneurs will be happy. On the other hand, government exchequer will be with more money and the economy will run more efficiently. Based on these zero taxations on ‘salaried class’, I believe everybody, especially the ‘salaried-class’ will buy all their cost of living items through GST-base invoices and indirect taxation revenue will increase which would compensate for the foregoing impact of ‘salaried-class’ taxation.

Professionals and budget experts only need to properly and wisely apportion ‘salaried-class’ tax collection which impacts other tax slabs. The concept of documentation of economy can be achieved more efficiently by just implementation of this ‘zero’ taxation policy. Because all the professionals belonging to all fields whether doctors, engineers, accountants, journalists etc. mostly fall in salaried-class so this indirect taxation will not bother them at all. Also, these literate customers would love to buy their cost of living from quality conscious business centres rather from grey channels. Through this, corporate sector business will increase, new ways of business will be created and more opportunities will emerge. 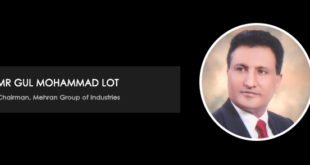