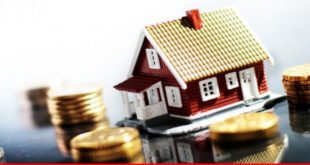 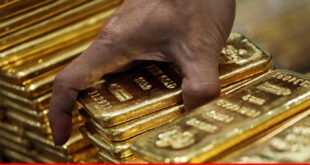 The experts believe the country’s home appliances sector has sufficient managerial capacity to handle export business. Afghanistan, UAE, Sri Lanka and Iraq are the existing exporting markets of the Pakistani home appliances products. There is enough potential for Pakistani products to expand further in the Middle Eastern markets, while South Asia and Africa could become new markets.

Rise in the demand for the electronics and home appliances is attributed to the improvement in electricity supplies alongside an extended summer season. However, the rising fuel prices and soaring inflation has significantly eroded the purchasing power of people who feel harder to feed, clothe and house their families. High inflation and high interest rates raise concerns and pose challenges to the growth of this industry in the coming years.

This June, TCL, the world’s No. 2 LED TV brand, announced it is entering into the home appliance market with the launch of their air conditioners in Pakistan. TCL is one of the leading players in the global consumer electronics industry with a global presence in over 150 countries. TCL has emerged as one of the top three leading LED TV brands in Pakistan in 2018 with a particular focus in High-End 4K UHD and Big Size TVs, in which it has a significant market share. Last year, TCL had announced its plans to extend its operations in the Pakistani electronic market.

Surging inflation in Pakistan has vehemently eroded the purchasing power of the people. Inflation in the country is mainly the cost push inflation due to the rising petroleum prices that push the cost of transportation of consumer items high. Present government has been persistently raising the fuel prices every month. The Consumer Price Index (CPI) inflation soared by 8.89 percent in June, 2019 over June, 2018 as compared to 5.21 percent a year earlier, according to the Pakistan Bureau of Statistics (PBS). However, the PBS latest data on price indicators raises concerns. Pak rupee is continuously depreciating against the US dollar.

The devaluation of local currency is fuelling high inflation, which has hit the poor and ordinary people hardest. The people languishing under high inflation are forced to spend most of their incomes on food. Higher inflation actually discourages the savings culture and depresses the rate of saving and investment in the country. The outlook for inflation during current fiscal year is distressing. The inflation is all set to increase by 13 percent. The country’s fiscal deficit is likely to be over 7 percent during the current year and the economic growth rate is projected to nearly 2 percent due to stabilization policies as envisaged under the IMF loan program. The electronics industry is unlikely to maintain consistency in growth. The government is tightening monetary policy to control the soaring inflation and support the balance of payments position of the country. The monetary tightening has resulted in higher lending rates, reduced private sector credit, slowing economic growth and higher debt servicing by the government. All these factors are putting further squeeze on the already fragile fiscal position of the country.

The deteriorating macroeconomic indicators do not augur well for the overall growth of the industry in the country. The consistency in high growth of electronic and home appliance industry over the past few years is likely to be adversely affected by the negative macroeconomic indicators specially when growth is slowing down and inflation is skyrocketing. These are the signs of stagflation into which the economy is being pushed.

Under such circumstances it becomes difficult for the people to spare cash for purchasing luxury items from the electronic market. The people spend all of their money to meet necessities of life.

The government needs to patronize electronics industry which has tremendous growth potential. There is need to address the standards and certification requirements in target markets for the country’s electronics products. The government should launch awareness programs for the industry people giving them knowledge about the potential export markets which have not yet been tapped. The industry people must be aware of the dynamics hampering the growth of the industry. For the expansion of production of the organized sector of home appliances industry, the government must ensure availability of funds from the banks. The managerial and technical capabilities of home appliances sector need to be further enhanced in order to compete in the foreign markets. 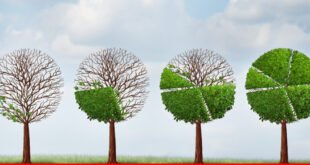