Profile: Mr Farooq Dadi is a bona fide businessman having done his Honors and Masters in the subject of international relations from Karachi University. He was a student leader and was the Chairman of Pakistan Liberal Students (it was one of the leading student parties during 1970s). He started his career as a businessman but was more focused as a socio-economic activist. He used to identify leakage of revenue from Central Board of Revenue (CBR) which is now Federal Board of Revenue (FBR) and contributes 60 percent to our national budget.

PAKISTAN & GULF ECONOMIST had an exclusive conversation with Mr Farooq Dadi about the tax collection and the facilities being provided. Following are the excerpts of the conversation:

The most important organization of the Pakistan government is Federal Board of Revenue (FBR). FBR consists of Income Tax, Sales Tax, Custom and Federal Excise & Taxation.

FBR’s contribution in our national budget is approximately 60 percent, so this is the most important tax collection organization which controls almost everything. FBR needs to be revamped on war footage. Majority of the senior officers of FBR are not following Government of Pakistan code of conduct and violation of the code of conduct is very common. These officers off course not all, are holding green cards, foreign citizenships etc. First of all, they should be scrutinized before they prosecute public, businessmen, industrialists etc. There should be strict scrutiny about these officers in terms of their dual nationality, green cards and the status of their children’s education abroad. Our education system cannot improve unless the children of these officers study in Pakistan but they are least bothered about our local systems because after retirement their ultimate goal is to settle down abroad permanently. A large number of FBR senior officers are the members of foreign organizations and NGOs such that Rotary, Lions etc. whereas Government of Pakistan’s code of conduct SL 30 and SL 34 restricts them to be a part of these organizations as serving government officers. Despite these rules they are MIs using their government status and influence their position and spend millions of rupees to contest elections. Now questions arises how can you expect performance from these officials? Absolutely nil? Our civil federal serving government officials serve in the same city for more than 20 years. If they are rotated in the entire Pakistan after three years in each city, it might decelerate corruption and improve their performance. CSS officers recruited on quota basis from interior are not ready to serve in their respective areas and in the same way doctors and engineers are not serving in their own areas. Many doctors and engineers join as CSS officers which deprives deserving candidates from those areas. The target and goal to achieve Rs5,550 billion can be easily achievable by FBR if government focuses first towards its corrupt officers who are acting against the government code of conduct and constitution.

I am thankful to the government that they have started strict checking on the airports for the currency declaration. Believe me, all businessmen, industrialists, traders etc. are willing to pay tax to the government but a large number of officers are the main hurdle tax collection and customs duties. People are paying more than their actual taxes in terms of bribe. Before collection of taxes, the government must revamp this ongoing corrupt and orthodox system.

No doubt, Prime Minister Imran Khan is an honest percent. Prime Minister and the President Dr. Arif Alvi are having good reputation as far as restraining corruption is concerned whereas the previous heads of the states were not having the honest reputation so they never focused on these officers. Previously, everyone was busy in availing the maximum opportunity in terms of making money. The poor pay taxes for everything i.e. sugar, tea, soap, milk, petrol, CNG, cellphone cards etc. whereas rich people claim and refund their taxes by showing high expenditures and pay bribes to tax collectors minimum 30 percent when the case is 100 percent true and genuine. Incase of any loophole, bribe is higher according to their settlement deals. Majority of attorneys and tax lawyers are getting 10 percent share from officers’ bribe. The entire system is so corrupt which cannot be revamped in one go. It will take time. When the top leadership is honest, it affects in a positive manner till the lowest rank and the same system works for the corrupt leaders as well. Rates of taxes are much lower than the bribe rates.

Smuggling is another paradise for the officers and smugglers. Dry ports and borders are the main areas of smuggling which creates imbalance among the importers. A 40-feet container duties used to be 12 to 15 lacks of decoration electronic fancy lights etc. Including bribes and government duties now with the current duties these duties have enhanced upto one crore if you get it cleared in Karachi whereas the same container is being released in Lahore dry port for 12 to 15 lac rupees including bribe and government taxes. One trader from Karachi told me I am ready to pay one crore for the custom duties but I can’t compete with those who are get their containers released just for 12 to 15 lacs. After the enhancement of duties, smuggling has started and government needs to focus on this areas as well.

I would like to quote from social media how people are thinking:

Looks like public are the only culprit and liable to be fined.

Government is in no way responsible. No rules and regulations imply on them. They are never responsible for any problems. They are not to be blamed.

Citizens are the only ones who will work… Who will suffer the pain…Will pay tax… Will pay fine… Keep the government treasury filled……. Our efforts… Their enjoyment!!!

Question of the Millennium

Student – Sir, what is the difference between FINE and TAX ???
Sir – FINE is a tax for doing wrong.
And TAX is a FINE for doing right. 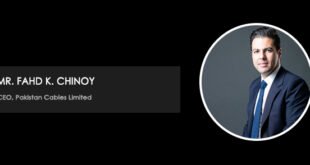 Pakistan cables driving the business in the new normal