Home / Interviews / Sky is the limit for philanthropy

Sky is the limit for philanthropy

Mohammed Ebrahim Hasham is one of the leading philanthropists in Pakistan. Pakistan & Gulf Economist visited three schools where the impoverished children are getting quality education.

Mr. Ebrahim Hasham is on the board of: Pakistan & Gulf Economist visited Dawood Memorial High School within the premises of Mehran Sugar Mills Limited, TCF School Haji Hasham Campus I & II patronized by Hasham Foundation in Tando Allahyar, Sindh-Pakistan. Almost all students in these schools are from impoverished families and cannot afford to have quality education. However, Hasham Foundation has made it possible for these impoverished students to get quality education. Children of the workers of Mehran Sugar Mills Limited presume it is a blessing for them to have quality education for almost no fee. It was splendid feeling talking to these students. While talking to Pakistan & Gulf Economist, almost all students expressed their viewpoints with confidence underpinned by the education they are getting from the competent teachers. It was spectacular to observe that majority of the students wanted to serve their local community in particular and the country in general. While dilating upon their future prospects, a large number of students expressed their wish to join Pakistan Army, Pakistan Air Force, medical and engineering fields. Hifiza, a 8-year old student, aspires to be a doctor. Her father is a farmer and her mother earns living by sewing clothes in the neighborhood. She is one of the six siblings. Aadil, a 9-year old student, son of a maid wishes to be a army soldier in the future. His father is no more and his mother is the sole breadwinner of the family. Ramzan, a 9-year old student, wants to be an army officer. His father has a donkey cart and his mother works in the agriculture fields. Nargis, a student of class three, is daughter of a tailor and wishes to adopt nursing as her profession. Muhammad Yousuf, a teenager, wants to join Pakistan Army. His both parents work to make both ends meet. His father supplies potable water in the locality and his mother is a tailor. Rustam, a 10-year old boy, is son of a farmer. His parents want him to join Pakistan Army and he himself has a dream to serve his country by defending the borders. Munib-ur-Rehman, a teenager, wishes to join Pakistan Army. Nabila Naz, a 10-year old girl from a remote village, wants to become doctor. Sumbul, a 11-year old girl, wants to become a pilot. Her father has taught her how to drive. Now, she can drive any vehicle and her future aspirations are to fly an airplane. Meena Kumari, a teenager, is a daughter of a teacher and is fond of mathematics as a subject. She, one of the six siblings, wants to become an engineer and serve Pakistan. Moazzam, a teenager, is son of an educationist and wants to join Pakistan Army as an engineer. His dream is to serve the nation in the best possible way. Darshan Lal, a teenager, an aspiring engineer is in class 10 and has got his entire education from Dawood Memorial High School. Tahreem Aslam, an 11-year old daughter of a worker of Mehran Sugar Mills, deems herself fortunate enough to get education at Dawood Memorial High School by paying almost no fee. She has a dream to become an army officer. Mohammad Ibrahim, a student of class V, is son of a mill worker and aspires to join Pakistan Air Force. Khadija, a student of class V, is daughter of a shop keeper. She wants to be a doctor and treat the patients of her village so that they don’t have to go to the city for the treatment. Pakistan & Gulf Economist also sought viewpoints of the teachers and the principals of the schools as well. The Principal of Dawood Memorial High School has been serving since 2004. More than 10% students don’t pay even a single penny and there are plenty of those who pay very trivial amount to get standard education with competent teachers. Fee for the children of the mill workers is a pittance. There are over 500 students studying in Dawood Memorial High School whereas 19 very competent teachers are serving with zeal and zest. TCF School Haji Hasham Campus II was established in 2016. There are 530 students in this campus. Parents of the students are quite content with the quality of education being imparted to the students. The principal of the school told us that Hasham Foundation is of immense support. 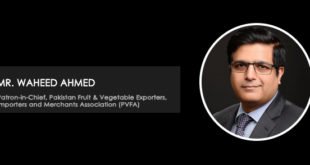