The bill proposes to abolish the concepts of ‘Filer’ and ‘Non filer’ and has instead introduced rules in form of tenth schedule for persons not appearing in active taxpayer list i.e. persons currently termed as non-filers. The bill proposes that tax collections/deductions from payments to such persons shall be 100% more than the normal rates. The bill proposes that where the withholding agent is satisfied that the person is not required to file his return of income, the agent shall furnish a notice in writing to the commissioner giving required particulars.

The bill proposes to restrict purchase of immovable property, having FBR valuations more than Rs. 5 million, and other assets valuing more than Rs. 1 million, other than through normal banking channel. The bill proposes that in case transaction is undertaken otherwise through banking channel, the purchaser will not be eligible to claim depreciation, initial allowance, amortization and pre-commencement expenditure. The bill also proposes that such payments will not be allowed to be deducted as cost for the purpose of computing capital gain. The bill also proposes to impose a penalty of 5% of the amount. Section 227C, which restricts the purchase of certain assets by non-filers has also been proposed to be removed.

The bill proposes to establish an FBR Refunds Settlement Company for payment of refunds under ITO through bonds in lines with refund settlement company under STA. The characteristics of bonds are similar to the sales tax bonds. The bill has further empowered the commissioner to raid any premises where there is reliable information of undeclared gold, bearer security, or foreign currency and to confiscate the same in order to enforce any provision of this ordinance. We understand that this power has been extended to encourage declarations under Assets declaration scheme. The bill proposes to include the persons in active taxpayers list who have not filed return of income within due date subject to payment of surcharge as under:

Rate of tax proposed for profit on debt is 15%, 17.5% and 20% for incomes up to Rs. 5 million, Rs. 25 million and Rs. 36 million, respectively. Income exceeding Rs. 36 million will be charged tax as per normal slab rates. The bill proposes to reduce rate of advance tax applicable on services from 8 to 4% in case of specified services. The specified services are the services which are currently mentioned in clause 94 of second schedule to ITO. The bill proposes to increase advance tax rate on dealers, commission agents and arhatis by 10 times to Rs. 100,000, Rs. 75,000, Rs. 50,000, Rs. 50,000 for class A, B, C and any other category, respectively. Advance tax on purchase of immovable property has been fixed at 1%.

Zero rating regime extended to five major export sectors i.e. textile, leather, carpets, sport goods and surgical goods has been rescinded. This regime was extended in 2011 and with drawn in 2014, however, it was re-promulgated in 2016. Indubitably zero rating is a big concession to export sector, but segregating exports and domestic sales is improbable, hence, this facility was misused. Withdrawing this facility will block working capital of export sector to the tune of PKR 500 billion and on the contrary, it will increase much needed cash flow to the government amid daunting IMF tax target of PKR 5,555 billion. Special procedure for steel melter has proposed to be withdrawn. At present steel sector is paying fixed sales tax at the rate of Rs 13 per KWH. Ship plates obtained from breaking of ships has been charged sales tax of Rs 9,300 per MT is payable. Imported adjustable scrape used in making billets is subject to sales tax at Rs 5,600 per MT. It is proposed that steel sector be brought under normal Sales Tax Regime with minimum benchmark of electricity consumption for manufacturer.

Currently Sales Tax Rate of Rs 1.25 per unit of electricity is fixed for marble sector, which is proposed to the brought under normal regime of 17% Sales Tax. The bill proposes that the invoices should bear CNIC of the buyer. The bill also proposes to disallow the invoices which do not bear the CNIC of the buyer claiming input tax paid. This will help to eradicate the fraudulent use of fake and flying invoices as only the genuine buyer of the goods will be able to claim the input tax paid. The bill also proposes that the particulars in the invoice may be in English or Urdu. Currently there is no restriction of language for invoice. The bill proposes to include a utility bill issued by registered distribution company to be a tax invoice. The bill also proposes to allow input of sales tax paid on the basis of utility bill provided that registration number of the consumer and the address where the connection is installed is mentioned in the bill.

Currently, to revise a return within 120 days of filing of return, approval from commissioner is required. This condition of approval from commissioner to revise the return is now being proposed to be waived provided that the return is revised within 60 days and the sales tax liability is increased or refund is decreased as a result of revision. The bill proposes to increase the penalty for not filing return within due date from Rs. 5,000 to Rs. 10,000. Moreover, in case of filing of return within 10 days of due date, the penalty has been proposed to increase from Rs. 100 per day to Rs. 200 per day.

The amendments are as follows: 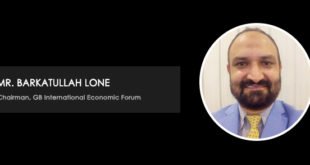