International researchers recorded that during the last two decades, the Islamic banking saw rapid growth. The prohibition of interest payments by Islamic Shariah has instead made equity and profit sharing the cornerstones of its operational structure activities. They have also recorded that there are various contributory factors for such growth, most notable of which are the financial liberalization.

In the developing countries like Pakistan, BankIslami Pakistan Limited (BIPL) is dedicated in supporting business with all the products and services obtainable by its branch banking network and these products and services are provided to clients strictly under Shariah modes. The management of BIPL takes deep pride in offering Investment Banking to its valued clients, as its core business, revolving around the concept of Wealth Management. The financial experts of BIPL recorded in the three months ended report published during March 2019, the balance sheet of BIPL has grown with a view to enhance its revenue generation capacity. During the three months ended March 31, 2019, the Bank recorded profit after tax (PAT) of Rs. 251 million which is over 5 times of its last year’s profit after tax of Rs. 39 million. The operating profit before provision during the period under review has grown from Rs. 82.9 million, during same period last year, to Rs. 866.9 million i.e. 10 times higher. During the three months ended March 31, 2019, the deposit base increased by 10.6 percent as against to the corresponding period last year.

In tandem with rise in sources of funds, the Bank’s asset base also increased by 8.8 percent which was mainly driven by investments in Shariah compliant Government Securities. For growing the demand and requirement its retail customers, the Bank introduced a new 3 Year Term Deposit product offering market competitive profit rates, which has received an overwhelming response from the market since its introduce in this quarter. During the quarter, the Bank’s Shariah Department, in addition to training new recruits, also offered enhanced trainings to Bank’s existing staff. Furthermore, the management conducted its Annual Business Conference 2019 in Karachi where all the core business staff of BankIslami was gathered with an aim to keep abreast with the Bank’s strategy for the year 2019.

The financial experts of the BIPL also recorded that BankIslami Pakistan successfully introduced the marketing campaign of its biometric banking service under the new brand of ‘One Touch Banking’ with improved features for its customers. The Bank’s flagship business line of Consumer Financing was increased by 17.3 percent as in March 2019 in comparison to March, 2018.

It is also registered that because of reduction in non-performing financing and booking of accelerated provisions against certain delinquent financing, BankIslami’s coverage ratio raised to 88.3 percent at the end of March 2019 as compared to the coverage ratio of 70.1 percent in March 2018.

According to the report, investment banking department in coordination with Shariah and Treasury teams acted as Joint Lead Arranger for issuance of Government guaranteed and SLR eligible Pakistan Energy Sukuk. Furthermore, on the consumer business side BIPL inked MoU with Pakistan Mortgage Refinance Company (PMRC). The aim of this MoU is that PMRC would offer Rs. 1 billion worth of financing for low and middle income segment.

BIPL is the first Islamic bank to avail the financing from PMRC which is based on Islamic mode of finance. Owing to grow in benchmark rates and increase in earning asset base, net spread earned during the quarter increased by 77.1 percent; with net spread margin also enhancing to the level of 51.8 percent in current period as against to 47.4 percent in the corresponding quarter previous year. According to the report, Bank’s non-funded income fell by Rs. 49.5 million mainly because of one-off capital gains booked during the corresponding period previous year. To enhance its remittance offerings and customer base, the Bank partnered with three major global exchange companies, namely IME, Express Money and Instant Cash. With Moneygram and RIA already on board,

BankIslami is now working with five out six top exchange companies of the world. No doubt, BankIslami Pakistan Limited offers financial products and services that are compatible with Islamic doctrine, which allows Muslim individuals and firms with religious concerns to have access to finance or move from an informal to a formal financial system. 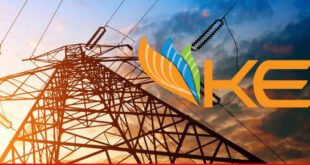