EFU General Insurance is still very optimistic in 2019 as the management has planned to offer sustainable, profitable growth in a changing and competitive business environment in order to sustain leading position in Pakistan. Furthermore, in the insurance sector of Pakistan, EFU General is the most powerful, trusted brand and pioneer also in China Pakistan Economic Corridor (CPEC).

The financial experts of the company calculated in the annual statement ended December 2018 that the Profit After Tax (PAT) was Rs. 2,171 million as against to Rs. 2,500 million during 2017. The management has suggested a final cash dividend of Rs. 6.25 per share (62.50%) to the shareholders whose names appear in the share register of the Company at the close of business on 16th April, 2019. This cash dividend is in addition to interim cash dividends of Rs. 3.75 per share (37.5%) declared during 2018. The Earning Per Share (EPS) was Rs. 10.86 as compared restated EPS of Rs. 12.50 (restated) previous year.

EFU has no doubt always played a chief role of institution giving the emerging Pakistan insurance sector the leadership, manpower and drive needed to grow and face issues. It is also recorded that in Pakistan, skilled human resource is a main issue facing the insurance industry. Therefore, the management intends to continue investing in people and making EFU General the best place to build career and developing the competencies and skills of their employees along with technical abilities to innovative products in the market. EFU General Insurance continues to attain latest technology to complete the issues of the sector and give better services to customers. The company acquired Huawei Dorado5000 V3 – Fastest All Flash Storage and latest Huawei 2288H V5 Servers along with Oracle Virtualization Manager.

The management of the company also implemented high-end and redundant switching in the Data Center for enhanced services to customers.

The Company’s workmen’s compensation act offers no-fault advantages in the event of death or injury to a ‘Workman’ (normally with an income of less than PKRS 3,000 per month) because of an accident at work. Employers can protect themselves in case they are required to pay under the terms of this act for injury to an employee by purchasing company’s workmen’s compensation policy. Today, EFU General Insurance has a time honoured tradition of creating and nurturing strategic alliances and the company partner with some of the highly regarded re-insurers on the world insurance horizon. As Pakistan’s largest general insurance company, the management is insurer to not only individuals and business owners, but also to mammoth transnational infrastructural projects. 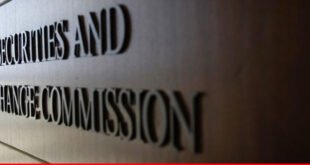 Despite the Covid-19 prevails in Pakistan since 2020, the Securities and Exchange Commission of Pakistan …