South Asia: how regional cooperation could bring stability to the region

Pakistan’s prime minister Imran Khan called in September for a meeting between the Pakistani and Indian foreign ministers at the 73rd session of the UN General Assembly. The Indian foreign ministry initially confirmed that the two ministers would meet in New York. But, the following day, India cancelled over the killing of police officers in Indian-administered Jammu and Kashmir and the July 2018 release of Pakistani stamps depicting Kashmiri separatist fighters.

The cancellation of the meeting highlights the tense diplomatic relationship between Pakistan and India, which has long marred the prospects for regional cooperation in the broader South Asian region. However, as I argue in my forthcoming book, Pakistan after Trump: International Society’s Role in Counterterrorism Cooperation, despite the antagonism that has characterised relations in the Pakistan-India-Afghanistan triangle, all three states have consistently turned to the institutions of international society to resolve conflicts.

This was most recently exemplified by Khan’s diplomatic outreach towards India, and indicates that there are strong institutional foundations on which policymakers could build more cooperative relationships based on a recognition of shared values and interests. This challenges the assumption that the roots of conflict in the region are too deep to be dislodged.

The institutions of regional society

The first war, in 1947-48, transferred control over part of Jammu and Kashmir to Pakistan. A balance of power is a precondition of a regional society of states wherein countries cooperate in the functioning of shared institutions to realise common interests. In South Asia, where India is the predominant power, the 1947-48 war gave Pakistan control over the strategically important territory of Gilgit-Baltistan, which shares borders with Afghanistan and China and through which the China-Pakistan Economic Corridor now passes. Moreover, in the face of the failure of UN resolutions adopted from 1948 to 1951 to enforce the conduct of a plebiscite in the Muslim-majority province, the war brought about a transfer of territory that signified progress towards a settlement of the issue.

Pakistan regularly issues calls for the plebiscite to be held, while a retired Indian diplomat I interviewed in November 2016 told me that the only reason for the referendum not taking place was Pakistan’s failure to withdraw its troops from the province as per the terms of the UN resolutions. This suggests that both countries acknowledge the UN-mandated plebiscite, which represents the application of international law and democracy to resolve the conflict.

Also significant are the Karachi and Simla agreements. The Karachi Agreement of 1949 brought about the demarcation of a ceasefire line in Jammu and Kashmir. The Simla Agreement of 1972 introduced the Line of Control, which remains the de-facto border in Jammu and Kashmir. It also declared that India and Pakistan would peacefully resolve their differences through negotiations or other means. These agreements again show efforts to use international law to sort out the Kashmir conflict.

Human rights are an emergent norm in international society. Pakistan has repeatedly drawn attention to human rights violations in Indian-administered Jammu and Kashmir. The rape and murder of a Muslim child in Indian-administered Jammu and Kashmir also triggered widespread protests in mainland India in 2018 after provincial ministers defended the suspects. This marks a shift in the public narrative on human rights in Jammu and Kashmir within India. It highlights the potential for civil society to pressure both governments into negotiating a resolution of the conflict in a way that respects the rights of local people.

On transnational terrorism, the South Asian Association for Regional Cooperation’s (SAARC) Convention on Suppression of Terrorism and its additional protocols represent legal efforts to forge regional counter-terrorism cooperation by SAARC’s member states, which include India, Pakistan and Afghanistan. Diplomatic counter-terrorism initiatives by South Asian states have included the India-Pakistan Joint Anti-Terror Mechanism of 2006 and the SAARC Terrorist Offences Monitoring Desk of 1990.

In 2016, India and Pakistan attempted to share information and collaboratively investigate a militant attack in the Indian city of Pathankot. Continued diplomatic engagement between the civilian administrations of both countries, even when attacks take place, would help to counter a longstanding pattern of terrorist attacks disrupting attempts to resume the peace process. It would also sideline the forces that benefit from the ongoing conflict.

International efforts, including the US, China and Russia, to negotiate with the Afghan Taliban are also evidence of a broad attempt to bring stability to Afghanistan. Willingness on the part of Afghanistan, Pakistan and India to participate in these diplomatic overtures underscores all three states’ efforts to engage with the institutions of diplomacy and great power management in order to stabilise the wider region.

Thus, Pakistan, India and Afghanistan have repeatedly turned to the shared rules, norms and institutions of international society to work out their problems. There is sufficient shared ground on which to build mutual understandings on contentious issues. Regional cooperation is in the interest of all three states and would weaken the actors who benefit from conflict.

India’s and Pakistan’s admission to, and Afghanistan’s observer status in, the Shanghai Cooperation Organisation – an Asian security cooperation organisation led by China and Russia – are cause for hope. The rising clout of China and Russia in the international order may provide the necessary pressure for all three South Asian states to engage more constructively in regional security cooperation in the medium to long term.

Previous U.S. – China Trade Tariffs Are Reaching Their Limit
Next Harnessing the power of nature in the fight against climate change 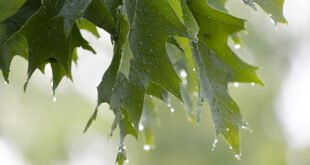 4 lessons from nature to build a circular economy

The circular economy is a way of building a world with no waste. Circular business …