Technological innovation can bolster trust and security at international borders. Here’s how

I landed at the Buenos Aires airport recently after 14 hours of travel. After making my way through the airport, the immigration officer from the Government of Argentina asked me two questions: Why are you here? Which hotel are you staying at?

Imagine for a moment if she had asked me a third question: Are you a terrorist? Immigration officials generally don’t pose this question because, of course, a terrorist would answer “no” and move on.

This absurdly simple scenario highlights the single most significant factor underpinning the future of the global travel system: trust.

Why should the immigration officer trust that I answered her two straightforward questions truthfully, much less this hypothetical third question? Travelers could easily lie about their hotel and the purpose of their visit.

I was in Buenos Aires to speak on a panel about creating seamless and secure travel at the World Travel and Tourism Council (WTTC) Global Summit, following an invitation from Gloria Guevera, WTTC’s visionary leader and former Mexican Minister of Tourism. I shared the panel with Dr Fang Liu, Secretary General of the International Civil Aviation Organization (ICAO), one of our Stewards for the Forum’s Shaping the Future of Mobility System Initiative. ICAO is a key stakeholder on trust and identity in the global travel system as the provider of a central repository for data on e-passports.

At the World Economic Forum, we have been working on the concept of travel facilitation – making it easier for international travellers to pass through airports (as well as land borders) for over three years since the CEOs of Hilton and Marriott posed the question: Is it time for a global passport? Since Chris and Arne posed this discussion three years ago, at least two significant vectors of change have reshaped and accelerated the transformation of the sector.

The first is the proliferation of Fourth Industrial Revolution technologies that can profoundly reshape the future travel system, specifically biometrics (facial, iris, fingerprint, and others), distributed ledger (blockchain or non-blockchain ledgers like Corda or X-Road),and an array of cryptography developments that promise to transform the most technological savvy among us into glazed donuts (zero-knowledge proof algorithms).

The second is the reshaping of the global security landscape. Sadly, it appears that our world of 2018 is more volatile and dangerous than our world of 2014. Horrible incidents, such as the Brussels airport attack in 2016 or the slaughter of innocents from a Las Vegas hotel room last fall, remind us that the global travel system is vulnerable. Which brings us back to the immigration official I spoke to.

Every time we cross an international border, as I did that morning, we are faced with an immigration or border patrol official who seeks to answer two simple questions: Are you who you say you are? Is it safe for me to allow you to enter my country?

By examining your passport – both physically and digitally – the immigration officer is addressing the first question. But can we even trust a passport? Every day, Interpol positively identifies over 300 lost or stolen passports circulating within the international travel system.

There are a lot of fake passports out there, famously brought to public attention when Malaysian officials confirmed that two Iranians, likely traveling to seek asylum, boarded the fated Malaysian Airlines MH370 flight with stolen passports. We can and will do better with biometrics. In fact, the US government is aggressively leading on applying biometric technology to the global travel system.

By asking questions like “Where do you work?,” “Why are you here?” and “Where are you staying?,” the immigration officer is making an assessment of the second question – is it safe for me to allow you to enter my country? But, is there a way for immigration officials to spend far less time on the many better-known or safe travelers, so that they can concentrate their efforts on the few unknown or higher-risk travelers?

At the Forum, we assembled a Working Group of executives from Interpol, ICAO, IATA, WTTC, ACI and an array of our business partners from the technology, aviation, travel and tourism sectors to ask how we might redesign the global travel system to meet future challenges. In collaboration with Accenture, the Working Group developed the Known Traveller Digital Identity (KTDI) concept, documented in the Insight Report we released during our Annual Meeting in Davos in January.

The report provides a detailed description of the KTDI concept three are particularly relevant as we reflect on the concept of trust:

1) User-centricity. We started the discussion within our Working Group in June 2017 asking how we would totally redesign the global travel system for travellers. While governments require travellers to share some data (such as name, date of birth, passport number, etc.), we asked: What if passengers could voluntarily share more data?

2) Technology-enabled. Advances in biometrics, particularly facial biometrics, are moving at a torrid pace. But even more intriguing for the travel system is the distributed ledger, which offers a means for a trusted third-party to verify which hotel I am staying at or where I work. A distributed ledger offers a means to instill trust in the travel system.

3) Modular and vendor-agnostic. To achieve the KTDI vision, multiple systems (such as hotels, airlines, immigration authorities) need to exchange data, which requires interoperability as a design principle. A number of technology companies are building fantastic solutions for the travel system, from big players like Accenture to industry-focused players like SITA to transformation start-ups like VisionBox. They should all be able to participate in the implementation of a globally-scalable KTDI.

Personally, I would be happy to share my entire travel history, my employment history, my education history, my residence history, and so forth with immigration and border authorities if I thought it would get me through the airport and onto my destination faster. IATA has data to show that I am not alone in my sentiments.

Trust is variable. It’s generally hard to gain and easy to lose.

Looking Ahead: A Pilot in Canada and the Netherlands

Once upon a time, a few visionaries in the airline industry asked, “Can we imagine a future without paper tickets?” I’m sure there were experts with many arguments as to why it would not be possible, but each day the industry functions on technology that was unimaginable a generation ago. Passengers book flights online, check-in via the carrier’s mobile app on the way to airport and board the plane after scanning an e-ticket at the boarding gate.

Today, visionary leaders in the travel industry are similarly rethinking the travel system of tomorrow with the KTDI concept. It is a bold and ambitious concept. And it’s just what the world needs, because travel is truly a force for good – it encourages cultural exchange, international awareness and drives social and economic development.

Our next step is to prove out the concept. We are very pleased to be collaborating with the Government of Canada, specifically with the support of Transport Minister Marc Garneau, and the government of the Netherlands.

This next year promises to be even more exciting as our stakeholders seek to test and design a more trustworthy global travel system for tomorrow.

Previous Budget 2018-19: The expectations???
Next It’s 40 years since the first spam email was sent. Here are 5 things you didn’t know about junk email 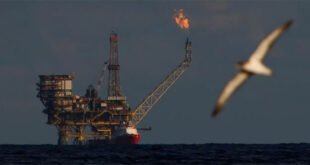