According to latest World Bank report, Pakistan’s economy has the highest growth rate in the last ten years but considers corruption the major hurdle in ending extreme poverty. Corruption challenges the country has been facing since many years. The economic managers also revealed that country’s economy will be the top in the next 30 years if the Government of Pakistan comes successful in getting rid of corruption. No doubt, Pakistan is a developing state for which the eradication of corruption has become the voice of whole nation for its development.

The Global Competitiveness Report 2017-18 also identifies corruption as the most problematic factor for doing business in the country, followed by tax rates, government instability/coups and crime and thefts. Approximately similar challenges were highlighted in last year’s report, identifying that no development was seen on this account. According to latest Global Competitiveness Report (2017-18) of the World Economic Forum, Pakistan’s competitiveness has risen by seven places to 115th. The improvement in ranks identifies that Pakistan’s competitiveness has enhance for the past two consecutive years. It shows that certain macroeconomic indicators of the country have improved in the last one year. During 2016-17, Pakistan’s competitiveness rose by four places. In the international context, for the 9th consecutive year, Switzerland ranks as the most competitive economy globally, United States and Singapore rank at second and third respectively. Experts see competitiveness has enhanced across most states in South Asia, in particular in the two Himalayan states of Bhutan (82nd, up 15) and Nepal (88th, up 10). On a similarly optimistic trend, Pakistan (115th, up seven) and Bangladesh (99th, up seven) have both enhanced their scores across all pillars of competitiveness. Furthermore, both India (40th, down one) and Sri Lanka (85th, down 14 ranks) had corruption and inefficient government bureaucracy as main factors for hindering progress.

According to some experts, this year among 114 global competitiveness indicators, the Government of Pakistan identified improvements on 82 main indices, whereas on 20 indices the country lost its last position. And on 12 indices Pakistan, retained its position as last year. The economic managers of the country also mentioned that Pakistan is classified as a factor driven economy, which mainly consists on enhancing its infrastructure, institutions, macroeconomic stability, health and basic education indicators. On the institutions pillar, Pakistan enhanced 21 ranks and reaches at 90 from 111 previous year. Infrastructure enhanced from 116 to 110, on the Macroeconomic Stability Pillar Pakistan enhanced 10 ranks and stands at 106. On other pillars, among 137 states, Pakistan ranks at Health and Primary Education 129, losing one rank from previous year, Higher Education and Training improved from 123 to 120, Goods Market Efficiency 107, Labor Market Efficiency 128, Financial Market Sophistication 96, Technological Readiness 111.

The Government of Pakistan has managed to resist the global crisis and has shown resilience for economic recovery. Internationally states that are competitive have shown resilience to crisis. However, the reforms agenda still remains an unfinished business. Sustaining the regional competitiveness edge Pakistan ranks at 28 on the pillar of Market Size. Also explaining sustained improvements on Business Sophistication the rank altered from 95 last year to 81 in 2017, while on the Innovation pillar an impressive improvement of 15 points now places Pakistan at 60 rank on the global competitiveness index. Different sources have mentioned that among 138 states the presentation of institutions are ranked like; National Highways Authority (76), Pakistan Railways (52), Civil Aviation Authority (91), Police Services (116), Auditor General of Pakistan Revenues (110), NEPRA (115), Higher Education Commission of Pakistan (116), National Vocational and Technical Training Commission (99), Competition Commission of Pakistan (70), Intellectual Property Organization (97), Judicial Inde­pendence (80), Pakistan Customs (93), State Bank of Pakistan among other 138 Central Banks at (89), SECP at (91) and TDAP (135).

Pakistan cannot have a tax-to-GDP rate of 9 percent to 11 percent when land owners and all the other elites do not pay anything or pay so little. Pakistan’s rich have historically paid little of their share in taxes. It has been estimated that the landowning classes have been evading taxes to the tune of over $1.2 billion a year. However, during FY2016 overall tax collection as percentage of GDP enhanced mainly and reached 12.6 percent of GDP. 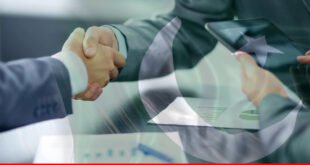