MONEY TRADE COIN, the new age cryptocurrency, is able one more time to dazzle its investors’ expectations by listing on NovaExchange. The listing happened at 00:00 GMT and immediate trading was launched. The listing event is held at Burj Al Arab, Dubai, United Arab Emirates and was highlighted by the attendance of H. E. Sheikh Saqer Al Nahyan along with a list of 40 VIP selected honor guests including H. E. Sheikh Jumaa Al Maktoum and Mr. Faisal Almaazmi, his principal advisor and director of Greenland Capital Properties.

MONEY TRADE COIN founder and CEO, Mr. Amit Lakhanpal promised earlier this year to list the newly created coin on at least one cryptocurrency public exchange and performed. The next step is to go live on more than four exchanges to include and not limited to: C6, Coinex, Poloniex and their own private exchange.

The listing of MONEY TRADE COIN announced out of the Emirate of Dubai, UAE — became a bold statement that the economy has evolved towards the adoption of the new technologies as a complementary tool to support the traditional applied methods. The investors demand has increasingly swept from the traditional practices to the digital currency as a secure alternative to safeguard wealth, eliminate costs, increase efficiency and flexibility, and save time while transacting. “MONEY TRADE COIN” is unique in its features by being a registered certified entity with a recognized owner and founder, Mr. Amit Lakhanpal, a well-known businessman who amongst other businesses, heads the Flintstone Group holding under its umbrella several companies covering different fields including and not limited to: real estate, construction and equipment, technologies, Infra solutions, general trading, media and movie production, hospitality and entertainment.

MONEY TRADE COIN, reflecting the vision of its owner, had taken a further step implicating itself as the propagator of the ‘Cryptocurrency correct knowledge’ launching along with the listing of its coin and the MONEY TRADE COIN trading platform and exchange, a full-fledged product array to include the Cryptocurrency E-Academy, aiming to educate the young generations about the benefit of using and trading digital currencies and an online service E-Portal. The management is committed to set-up other businesses such as E-commerce and E-travel desk all based on the MONEY TRADE COIN.

MONEY TRADE COIN trading platform offers the possibility to interexchange and trade the different cryptocurrency coins such as BitCoin, Ethereum, Ripple, Moreno, and others and in the coming future it shall allow the trading of all the 1,088 listed coins. Acquiring MONEY TRADE COIN is currently limited to the transfer of existing Bitcoin creating the wallet, however Mr. Amit Lakhanpal aims to facilitate the acquisition in the near future via other methods such as: online gateway (by credit/debit cards and paypal) and traditional banking swift transfers.

Amit, is one of the pioneers in the Cryptocurrency and Wealth Management areas who succeeded in clusters of cryptocurrency investments, and has deployed his assorted knowledge to publish a book of Inter cryptocurrency trading for beginners. Amit’s strategy is to remain fundamentally committed to the society and had established a solid corporate sustainability program which will result in deploying 20% of the MONEY TRADE COIN profits in charitable organizations, out of which 5% shall be given to the Government of UAE, and 15% shall be customized on welfare trusts covering education, health, research and development, advocacy and others.

MONEY TRADE COIN is strongly set to expand its market penetration rate as a pioneer in the digital currency industry and eyed the Emirate of Dubai to be the bridge for its new expansion. Dubai in itself is a platform that attracts all types of multinational investors, who are avid for new technologies constantly searching for the ‘Next Big Hit’. Faithful to its investors, MTC management has launched the process to establish itself in Dubai, UAE and is in the process of applying before the relevant authorities. Several businesses shall be deriving their new models as a consequence of the new economy such as e-commerce.

The Emirate of Dubai, positioned as the leader of innovations in the MENA region, adopted the “Dubai Blockchain Strategy” launched by His Highness Sheikh Hamdan Al Maktoum, the hereditary Prince to the crown of Dubai as a result of collaboration between the Smart Dubai Office and the Dubai Future Foundation. Very few would have foreseen Dubai to shift fundamentally as a government towards the implementation of 100% blockchain technology in 2020, however, this virtual dream became a reality under the directive of H. H. Sheikh Mohammed Bin Rashed Al Maktoum, the ruler of Dubai with an aim to increase productivity and create financial sector jobs. The government is currently interested in the cryptocurrencies that use blockchain to underwrite their transactions and MONEY TRADE COIN is one of them. The management of MONEY TRADE COIN is willing to work hand in hand with regulators and governments to improve the education about these technologies and their implementation. MONEY TRADE COIN, presents itself with an ultra-secure wallet through multi-level verifications and is the world’s first fully secured cryptocurrency, which implements the highest standards of compliance with relation to the KYC and AML once onboarding its new investors and following the international directives issued by the Central banks and other regulatory agencies being able to keep the records of all transactions for more than ten years.

In general, regulations worldwide are being revised and India is on the verge to regulate this industry as a Security, while Russia has already declared it legal and has introduced its regulations. EU and USA have regulated this new form of economy and trading platforms. 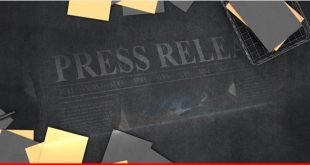