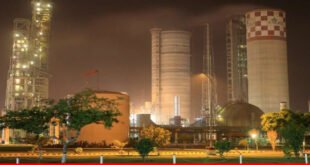 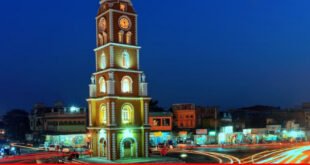 The performance of banking industry in Pakistan continues to be sound and strong. According to the Quarterly Performance Review of the Banking Sector for the quarter ended 31st December, 2016, gross advances to the private sector surged by Rs410 billion or 10.6 percent during this quarter as against the rise of 7.7 percent in the corresponding period of last year. The increase was largely attributed to the textile sector followed by energy and sugar sectors.

The most important development was a substantial rise in bank credit to the private sector, which could prove to be a catalyst in stimulating investment and growth. The surge in credit may be due to a variety of factors, including the lagged effect of a consistent easy monetary policy.

Banks’ investments came down by 1.5 percent to Rs7.509 trillion during calendar year 2016 mainly due to a decline in investments in government securities. Deposits, the key funding source of the banking sector, grew by 13.6 percent in the calendar year 2016 to reach Rs11.798 trillion mark. Overall deposit was contributed by non-remunerative current deposits followed by fixed deposits and saving deposits.

Pakistani banks have for some years deployed the majority of their deposits into higher yielding government paper. In its year-end quarterly report, State Bank of Pakistan (SBP) noted a shift in banks’ preference towards the end of the year for longer term government bonds, in anticipation of lower interest rates.

Profitability of the banking sector declined from Rs199 billion (profit after tax) in calendar year 2015 to Rs190 billion in calendar year 2016. In its annual report for 2015, SBP noted that the credit-to-gross domestic product (GDP) ratio in Pakistan is lower than most of its emerging market neighbors.

Commercial banks’ credit to the private sector as a percentage of GDP has more than halved from 27 percent in the 2008 financial year to 13 percent in 2015.

Countries such as India, Bangladesh and the Philippines the ratio is already higher than it was in 2007, while in Pakistan it is still falling.

The solvency profile of the banking sector remained robust as Capital Adequacy Ratio (CAR) of 16.17 percent at the close of December, 2016 was well above the minimum required level of 10.65 percent.

In the first quarter of calendar year 2016, assets rose by 1 percent fuelled mainly by investment in government securities, while overall advances had a seasonal decline.

Asset growth during calendar year 2016 was recorded at 11.9 percent to reach Rs15.831 trillion compared with 16.8 percent last year. The asset quality of the banking sector also improved with the decline in NPLs and pick-up in advances.

Most of the above developments are in line with the evolving state of the economy and reflect a positive trend in the monetary and banking sector.

It may be mentioned that SBP had reduced the policy rate by as much as 425 basis points (bps) since November, 2014 which was translated into a 373 bps reduction in weighted average lending rate.

In its annual report for 2015, SBP noted that the credit-to-gross domestic product (GDP) ratio in Pakistan is lower than most of its emerging market neighbors.

Commercial banks’ credit to the private sector as a percentage of GDP has more than halved from 27 percent in the 2008 financial year to 13 percent in 2015.

After the credit boom of 2005 to 2007, these are historic lows. In countries such as India, Bangladesh and the Philippines the ratio is already higher than it was in 2007, while in Pakistan it is still falling.

A look at the size of borrowers sheds more light on this phenomenon. Large loans (Rs10 million or more) make up more than 80 percent of the total, but their borrowers are only 1.8 percent of all borrowers. This suggests that bank credit is heavily skewed towards big corporations, while consumers and SMEs are underserved sectors.

The reasons for this arise from both the demand and the supply side. The most obvious supply-side constraint is the presence of a dominant borrower, in the shape of the government, which has a classic crowding out effect.

In the SBP’s regional comparison with Bangladesh, India, Malaysia, Philippines and Sri Lanka, Pakistan’s government borrowing from the banking system as a percentage of GDP is the highest of all.

Since this was not possible due to a weak fiscal position, the government reduced the borrowings from commercial banks by resorting to higher borrowings from the SBP, which could stoke inflationary pressures in the economy.

It is good to see that deposit mobilization has picked up pace which was an improvement, considering stagnation in deposits in the last couple of years.

If the government has relied on the domestic banking system to finance its persistently large fiscal deficits over the years, it would have been better.

Research shows that most people in Pakistan prefer to avoid borrowing money. Three-quarters of them have never done so. Most of those have, have tapped informal sources.

Pakistanis borrow for short-term bridge financing, such as settling bills, paying for emergencies or weddings, or to buy land.

A huge demand is from among middle-income groups for consumer, auto, leasing and housing finance. Banks are not geared up to meet the demand of middle income group.