Al Meezan showed the achievement of another milestone of Assets under Management (AUMs) of over Rs10,000 crore (as on Dec 07, 2016). This is a extraordinary achievement and one that management all take enormous pride in. The management is committed to work diligently to meet the demands of their financiers and work towards its vision of making Shariah-compliant investing first choice of financiers.

During 2003, when Al Meezan introduced its first open end fund — Meezan Islamic Fund, total assets under management of Al Meezan were Rs100 crore. Over next four years, the management rose its AUMs to Rs1,000 crore. In the next three years, which was a very turbulent period for capital markets in the country, Al Meezan fruitfully crossed Rs2,500 billion mark. Subsequently 2014 was marked for crossing Rs5,000 billion AUMs. Within a span of 24 months, Al Meezan has been able to witness 100 percent growth making Al Meezan the only asset management firm in the private sector to manage assets of worth Rs10,000 crore.

Al Meezan has been managing investments since 1995 and has one of the longest track records of managing mutual funds in the private sector in the country. With AM2++ Management Quality Rating, Al Meezan has the distinction of managing 14 mutual funds, many administrative plans and an investor base of over 49,000 customers. It has 14 branches in 8 major cities in the country including Faisalabad, Islamabad, Karachi, Lahore, Peshawar, Rawalpindi, Multan and Abbottabad. Al Meezan has to its credit Pakistan’s largest private sector Equity Fund i.e. Meezan Islamic Fund (MIF) and largest Voluntary Pension Fund i.e. Meezan Tahaffuz Pension Fund (MTPF), with AUMs of Rs39.9 billion and Rs7.5 billion respectively (as on November 30, 2016). Presently, Al Meezan proclaimed the launch of Meezan Strategic Allocation Plan-II, second in series under newly introduced Meezan Strategic Allocation Fund (MSAF). The plan would use active asset allocation policy for offering competitive returns on investment. It is a unique asset allocation plan for financiers who wish to benefit from the equity market and want an actively managed investment portfolio with diversification. The plan has an initial term of two years and is now open for subscription.

Previously, Al Meezan has introduced Capital Preservation and Asset Allocation Plans series based on existing MFPF with two years duration and were very well received through the investors.

Now the management has introduced MSAP-II, which is the second plan under Meezan Strategic Allocation Fund and is an ideal investment avenue for those who wish to take up to 100 percent exposure to equities.

Experts revealed that the equity market in Pakistan has had a volatile start to the new-year. Although the benchmark KSE-100 Index went up about 2 percent during last month 2017, the ride was a bumpy one. The psychological and landmark level of 50,000 points was crossed but the conviction to remain above this level is presently not there. Lack of conviction has led to confusion, which is never a good thing for the markets.

During January 2017, the trend of foreign portfolio investment outflow continued while mutual funds backed by liquidity and inflows continued to support the market and remained net buyers. The banks on the other hand were net-sellers.

Experts also revealed that, conventional equity funds gave average return of 3.5 percent as against to 1.98 percent return of KSE-100 Index. In the Shariah-compliant equity funds category, the average return was 2.53 percent. Looking forward, the general consensus is that the equity market needs a breather and consolidation should proceeds almost 50,000 points level. 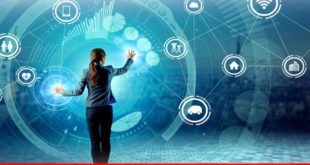 Studies in the recent years, revealed that women empowerment has become a very significant issue …